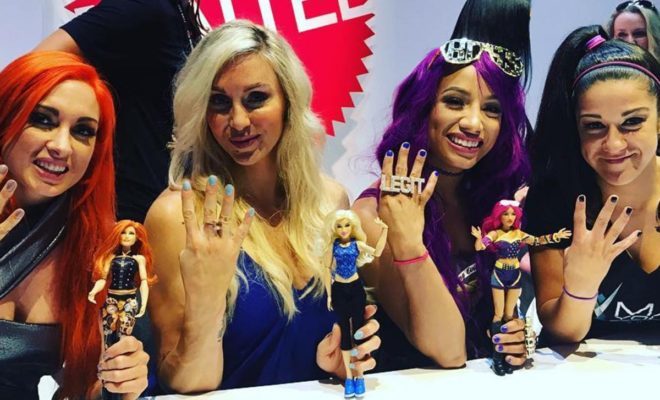 Since the match, there have been a lot of speculations on what reason the company could have for this title change and many believe that they could be thinking about unifying both the titles.

However, talks from elsewhere suggest otherwise and Bryan Alvarez on Wrestling Observer believes that the SmackDown Women’s Championship won’t be on the line for the main event of WrestleMania.

Regarding the possible reason for this change, Alvarez speculated that WWE could be planning a Four Horsewomen moment at the show, with all four of the NXT Horsewomen in Charlotte, Bayley, Sasha Banks and Becky Lynch closing the PPV with Championship around their waist.

This speculation does make sense as the company has been promoting the Women’s Revolution for a while and ending the first ever Women’s WreslteMania Main event this way would be historical momentum.

Though whether or not this is actually planned will be revealed in future and we’ll keep you posted if any solid news regarding the plans for the SmackDown Women’s Championship comes to light.