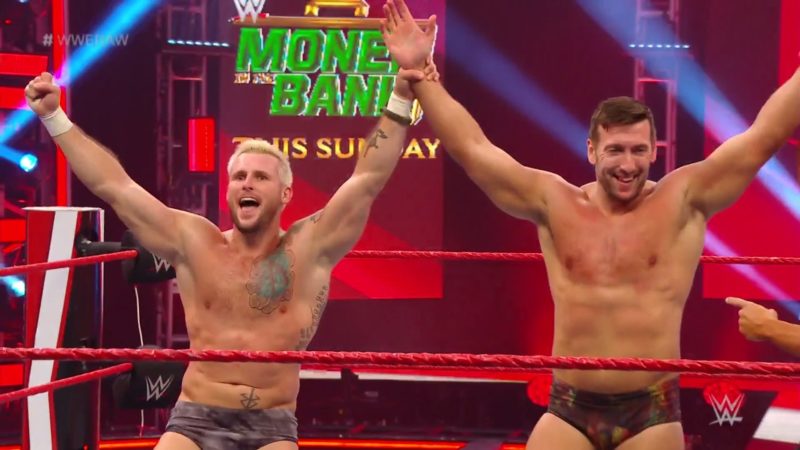 Last night, Brendan Vink and Shane Thorne defeated Cedric Alexander and Ricochet on Monday Night RAW. The win came out of nowhere, as many expected 2 Fly Crew to roll through the Aussies. Instead, Thorne and Vink outshone their competitors, and Vink knocked out Ricochet with a nasty big boot.

It seems that the WWE is incredibly high on the duo, especially Brendan Vink. According to PWInsider Elite, the big man is in line for a big push. Vink was already getting a solid run in EVOLVE and was considered an important developmental project by WWE officials. With COVID-19 pretty much putting a stop to EVOLVE’s shows, Vink has been brought up with veteran Shane Thorne to give him early main roster exposure.

Supposedly, Vink is looked at in the same light as Braun Strowman when the Universal Champion joined the Wyatt Family in 2015.