At NXT TakeOver: Phoenix Johnny Gargano captured the NXT North American Championship after he defeated Ricochet. The Full Sail crowd got to see the new Champ in action as Gargano defended his North American title during tonight’s set of NXT TV Tapings.

In what will most likely air on the February 27th episode of NXT TV, Johnny Gargano put his title on the line against The Velveteen Dream. The match was said to have gone on for a long time and everyone in attendance loved it. At the end of the match, we saw Velveteen Dream beat Johnny Gargano. So, Dream became the new NXT North American Champion. This is Dream’s first title win in the company.

Here is a photo of Dream celebrating his title win, below. 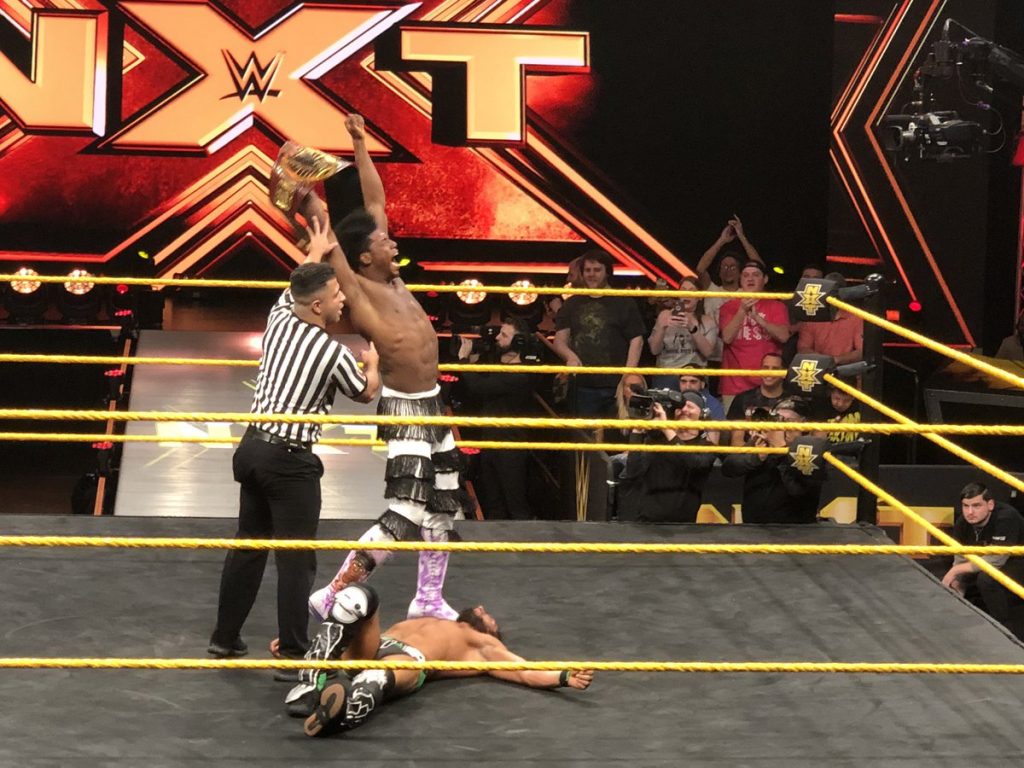