WWE is slowly changing in ways, as now superstars from NXT and the main roster are able to move from one brand to another. Four top NXT superstars made their appearance on both RAW and Smackdown this week. Now at the NXT television tapings on Wednesday night, two top RAW superstars made an appearance as well.

Bayley and Sasha Banks surprised the Full Sail crowd. They cut a promo saying how good it felt for them to come back to NXT and also talked about the classic Iron Woman match the two had in the very same building.

They also said that their Women’s Tag Team Titles are going to float from RAW to SmackDown Live and NXT and told the female superstars of NXT to step up their game. 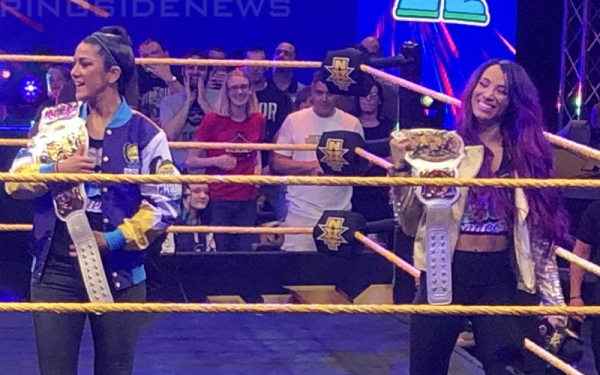