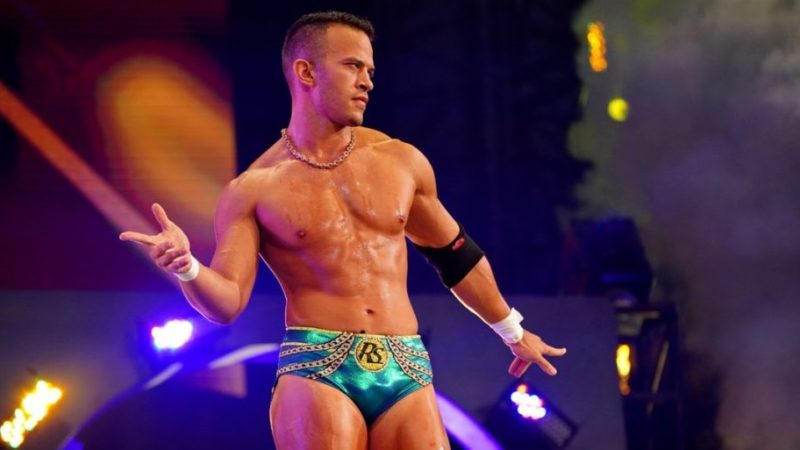 AEW has managed to sign a number of big names WWE has let go in the past year or so and the list of stars to join AEW after leaving the promotion includes Dean Ambrose, Rusev and more.

Though it appears WWE officials are also not oblivious to the happenings in AEW and a star recently revealed that WWE tried to sign him the same day he made his debut for their rival promotion.

Ricky Starks recently had an interview with Chris Van Vliet and during the interview; he revealed that officials from the biggest wrestling company in the world contacted him on the same day he made his All Elite Wrestling debut:

“The funny thing is, the day that I wrestled Cody I got a phone call from WWE saying ‘Hey, we’ve been watching you and we wanted to bring you in’. I said ‘Oh really? oh ok. Interesting. Of all days’. And so I entertained that conversation because I was curious but I think I knew already which decision I was going to make. And I had a very dear, great friend tell me once: you should look at the people who want to invest in you and not know anything about you as opposed to the people who only wanted you when they saw someone else having interest. So that put things in perspective and I don’t hold any ill will towards WWE but I really think they dropped the ball majorly on that. I’ll never know why and I guess I don’t care now.”

Ricky Starks made his AEW debut during the June 17 episode of Dynamite. He answered Cody Rhodes’ open challenge for the TNT championship and after the match; President Tony Khan announced that he has signed a deal with the promotion.