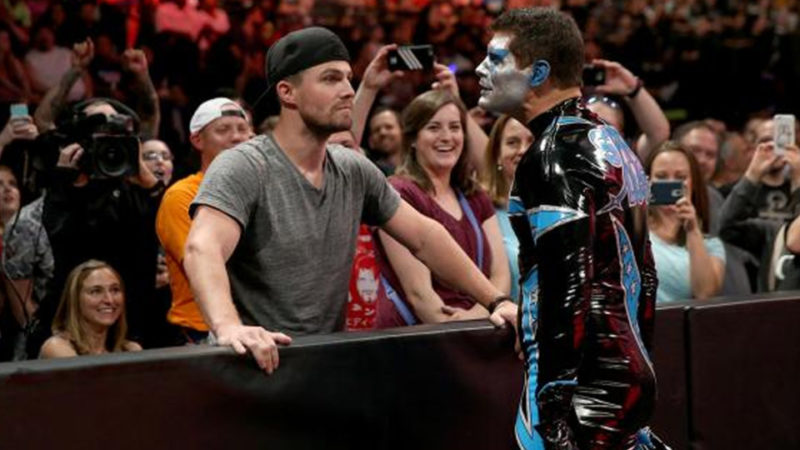 WWE did an angle between Stardust and Stephen Amell at the Dallas Comic Con on Saturday. The angle was scheduled to take place last month on Royal Rumble weekend in New Jersey but the Northeast blizzard caused WWE to change course and the angle took place in Dallas instead. Stardust’s real-life wife Eden (Brandi Rhodes) was also involved.

You can check out the video of the angle here:

Amell teased on Twitter that he would wrestle Stardust at WrestleMania:

"If he wants a singles match, all he has to do is ask." – @amellywood