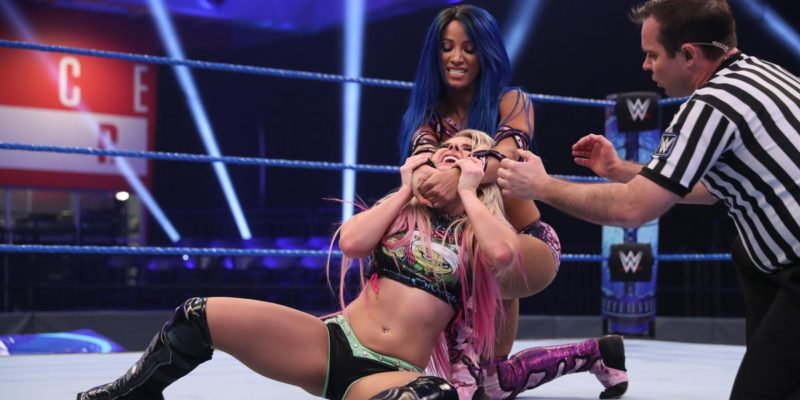 While performing in front of fans, the wrestlers usually slow down the pace during commercial breaks but they continue wrestling. Though the case was different for SmackDown this week.

This week’s episode of SmackDown was uncharted territory for not only the fans but wrestlers as well because it was broadcasted with no live audience in the attendance.

The wrestlers had to make a call on what to do during the breaks and atleast the female stars involved in the opening match of the night decided to stop wrestling when the show went to commercial.

Sean Ross Sapp of Fightful.com recently published a video of this change and in the clip as seen below, the wrestlers Alexa Bliss, Nikki Cross, Sasha Banks, and Bayley stopped wrestling during the break:

They really did stop wrestling during the commercials! pic.twitter.com/Pi6zBkz3qI

Next week’s episode of Raw and the upcoming episodes of NXT are also expected to broadcasted from performance center and we can expect the wrestlers to follow this example.