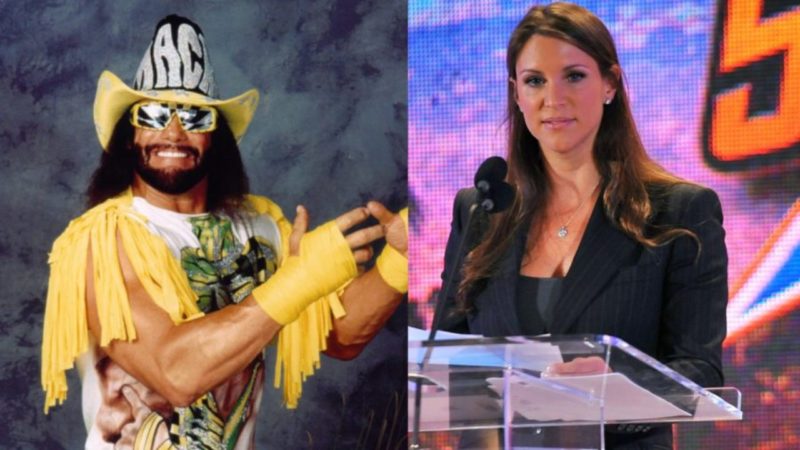 Adrian Finn scoped out on Twitter a photo shared by A&E of the cover for the new Randy Savage biography. Stephanie McMahon liked the photo which caused some stirring of the pot, as she has never made any sort of social media comment or reaction regarding Savage.

Due to this, Conrad then took to Twitter to have his own personal say on the matter, but while still being coy about what he was trying to say. Conrad stated: “They should have named this ‘The Burial of Randy Savage.’ What a hit job. The last two weeks were puff pieces. Now this? Kind of makes you wonder, doesn’t it?”

The wonderment part that Conrad is referring to seems to be about the supposed affair between Randy and Stephanie which Vince still has ill feelings about IF it were true. As far as any of us can tell, there’s no real evidence to the affair ever happening.

Of course, you have your stories here and there and some ribs from time to time from talent, but there just isn’t any concrete evidence to point towards anything happening between Stephanie and Macho Man. The special from A&E also doesn’t mention anything about the matter and money flows heavier when there’s some dirt on it, so it wouldn’t make sense for them to skip this allegation IF it were true.