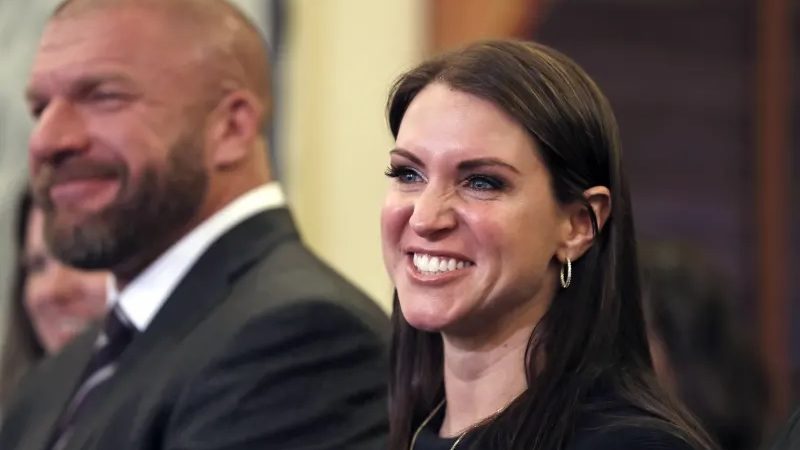 Stephanie McMahon has been an integral part of WWE’s brand building over the last seven years. She is the Chief Brand Officer (CBO) of the company, along with being an occasional on-screen personality.

She last made a TV appearance on the WWE Draft episodes of RAW and SmackDown to present the event.

Stephanie McMahon has taken over a new division

According to a report by PWInsider, Stephanie McMahon now has yet another role in WWE. She has taken over the company’s Global Sales and Partnerships, which includes matters like sponsorships and other business relationships.

John Brody was previously in charge of the division and is still in the same role. But he will now be reporting to Stephanie McMahon now.

“In asking around, we are told that the company’s Global Sales and Partnerships now fall under Stephanie’s purview, which would include sponsorships and other relationships. John Brody, who was heading that area, is still with the company in the same role, but now reports to McMahon.”

The announcement of Stephanie McMahon’s increased responsibilities was made by Vince McMahon at WWE’s Q3 Earnings Call earlier this week. It was also reported that Stephanie McMahon had already taken over the new role in August. But it was not made public till now.

Today marks a big day for @WWE in Thailand! We are so excited to bring #WWERaw and #SmackDown to the @WWEUniverse in Thailand LIVE from the US every week, only on 3BB Sport One! @3BBtweet

Several other announcements were made during the recent Earnings Call. It was revealed that Netflix would bring out a multi-part documentary on WWE Chairman Vince McMahon.

Vince McMahon said during the call that the company is focusing on improving their TV ratings. However, viewership revenue in other mediums have significantly grown.

WWE also announced that they are planning on teaming up with Sony, their Indian broadcast partner, to host an event in India in 2021. The plan is to scout for and recruit new talents from the country.

They also announced that they will continue hosting their shows and pay-per-views in a no-audience environment from the ThunderDome setup for the rest of this year.