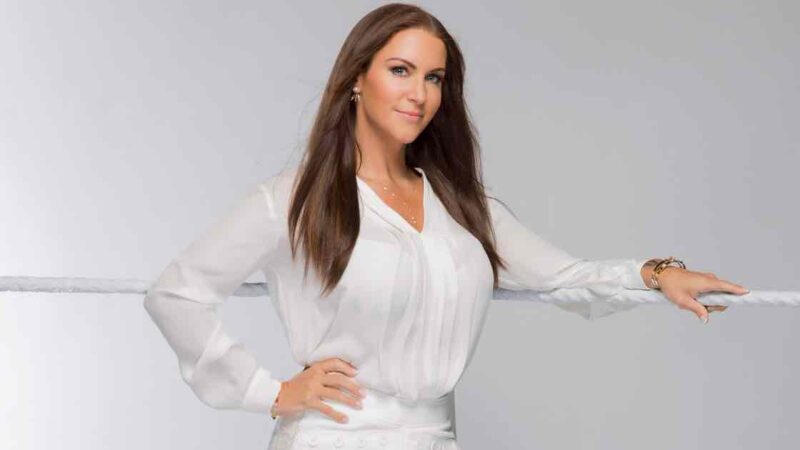 Brandi Rhodes opens up on possibly signing with Stephanie McMahon and co.

Brandi had a short run in WWE in 2011. After a couple of years, she returned to the Stamford-based company to spend another three years as a ring announcer before leaving with her husband in 2016. Over the next few years, Brandi competed in several promotions, including ROH and IMPACT Wrestling. She also wrestled in AEW while serving as the promotion’s Chief Brand Officer.

After her husband returned to WWE earlier this year, rumors suggested that Brandi could follow in his footsteps. In a recent interview with NBC’s Ten Count, the former ring announcer disclosed that she had spoken with former Chairman Vince McMahon and his successor, Stephanie McMahon, following her departure from AEW. However, she did not have a professional conversation with the current CCO, Triple H.

The former ring announcer also seemingly took a shot at her husband while addressing her future:

“I’m the one that’s very big in the family on not saying absolutes. As we know, my husband likes to say absolutes and then, you know, life happens. But I’m not gonna say absolutes but I will say right now it’s not in my plan. I kind of did myself a good service I think in taking a beat. My number one priority when everything happened and, you know, we left AEW, my number one priority in all of that was making sure that my husband’s dream was realized,” she said.