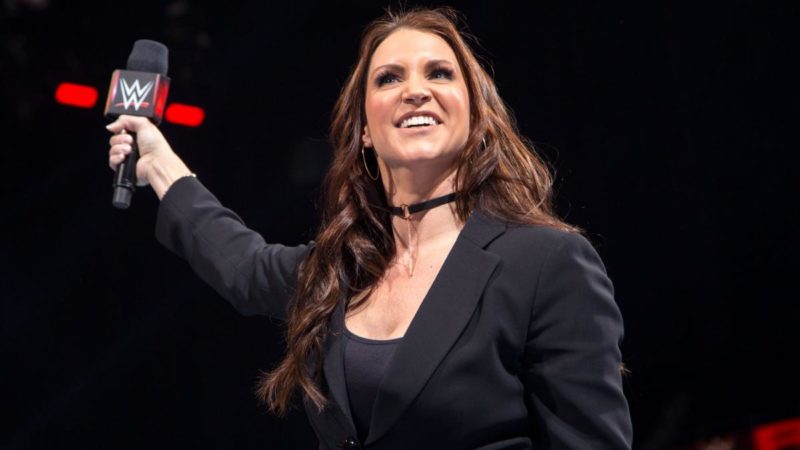 McCool wrote, “What an honor to be part of the @mohmuseum ground breaking ceremony today, meeting some of our nations greatest heroes! 🇺🇸”

It was then revealed that Bobby Lashley had a shoulder injury before the match, something that he had suffered during his match against Brock Lesnar at the Royal Rumble Premium Live Event in January. According to the Wrestling Observer Newsletter, it was not confirmed that The Almighty was cleared for a return to the squared circle. He is currently the planned opponent for Omos at WrestleMania 38 but due to his injury status, the match is up in the air right now.

The other match listed is Omos vs. Bobby Lashley. But there is a caveat. Lashley did not undergo major shoulder surgery, as was feared from his injury suffered in the match with Lesnar at the Royal Rumble, or he wouldn’t be ready. However, the injury was serious enough that he hasn’t wrestled since and is not cleared at this point. We were told this is the match provided Lashley is cleared. If he’s not, then they’d have to change plans.

In other news, WWE Chairman Vince McMahon has the final say in anything and everything that goes on in the company, for better or worse.