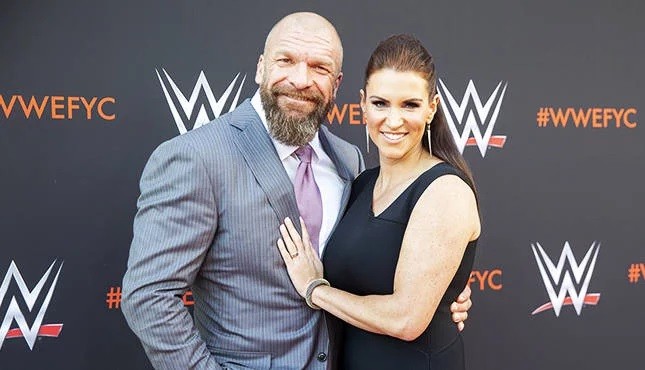 Several rumors sparked after Stephanie McMahon announced that she would be taking a leave of absence from WWE, stepping down from her role as Chief Brand Officer. Now, she has been thrust into the most powerful position in the company. Stephanie McMahon had made a shocking announcement when she let the pro-wrestling world that she is taking a hiatus. There have been rumors that Triple H and Steph might have gone separate ways but reportedly that is not true.


Triple H and Stephanie McMahon are still together

There is no truth to the reports about Triple H and Stephanie heading for divorce. It comes after Steph was seen without her wedding ring during a few appearances. Wade Keller shot down the ongoing speculation on the PWTorch audio show after receiving an update from a well-placed source within WWE. Here is what Keller stated:

“I know when Hunter had his health problems, and then Stephanie stepped aside, there were, I don’t wanna say rumors because that’s overstating it,” stated Wade Keller. “[There was] conjecture that maybe there were marital issues that they were dealing with. I’m told that’s just flat out not the case and that they are a team.”

It has been noted that Triple H is back to working full-time for WWE after he took up a more “focused job” following his recent health struggles. It was stated that Triple H and Stephanie are financially secure and probably felt it was necessary for them “to appreciate life.” Rather that than spend all their time contributing to WWE.

“He scaled back to a more focused job with less stress after his health scare, but he is full-time with WWE, and Stephanie stepped away in part because of the age of their kids,” Keller added. “And also just the idea that they have enough money, they want to appreciate life and do some things outside of working for the company.”

Stephanie McMahon was recently named the interim CEO And Chairwoman and we will have see how she performs her duties.