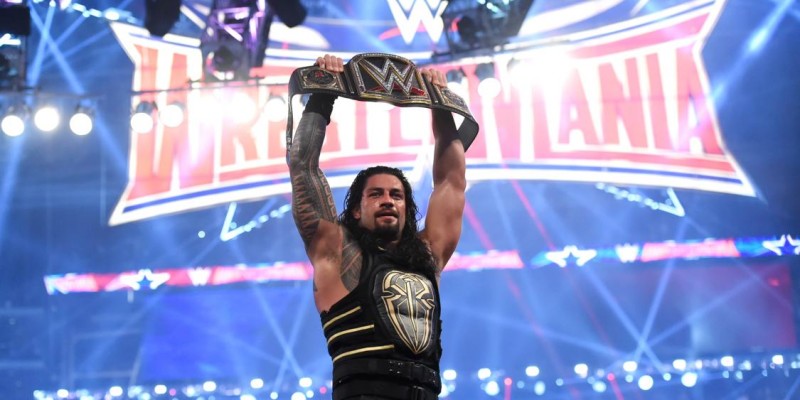 Steve Austin commented on WrestleMania 32 and the main event of the show, which was Roman Reigns vs. Triple H for the WWE Title, during a recent episode of his podcast. According to Austin, the match went way too long, and it exposed Reigns. Here is what he had to say:

“It was way too long. That match should have been 15 minutes. I mean, from bell to bell, 15 minutes, and, that being said, all the bells and whistles and action that needed to happen within that 15 minutes. And just, this is a deal where, okay, if it’s Bret Hart and Shawn Michaels and you’re out there, hey, give them 30 [minutes] because they can go 30 [minutes]. But here’s a case, and Triple H can go any amount of time you want him to go. But what needed to happen on this, just to make Roman, because if you’re going to let Roman go over clean in the middle of the ring, shine him up like a million bucks. Let him bounce Triple H all over kingdom come.

Finally, let Triple H just get a frog’s hair of heat on him. And then boom, big finish, bam, 1-2-3. Make an impact with that match. Make an impact with the finish. And make a statement for the kid! It’s about getting this kid over and at least within the confines of the 20 x 20, being the ring, and then you’ve got all the other things to deal with, whether it’s people resent him or this, that, or they think he [has] been pushed too hard too soon. You’re trying to make Roman Reigns. I don’t think you make him in a 28-minute chess match. This match needed to be all about excitement, explosion, and testosterone out of Roman and that’s how I think they should have booked it. Making Roman Reigns work this long exposed more holes in his game than we’ve already known that exist.”