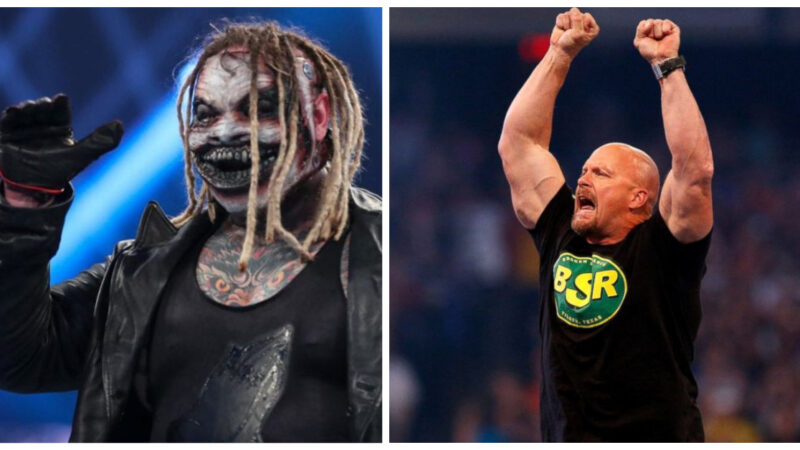 Tonight’s edition of WWE Monday Night Raw has been one for the ages so far with RK-Bro apparently breaking up for good and Lilly getting the best of Doudrop and Eva Marie. During the show, a promo was aired that discussed the ever-popular, recently-released, WWE star Bray Wyatt as the promo featured WWE legends Mick Foley and ‘Stone Cold’ Steve Austin talking about how how awesome the Fiend character is. This Steve Austin WWE Show drug offer recently leaked

In addition, there were alleged chants of ‘we want Wyatt during the match between Doudrop and Alexa Bliss’.
In other news concerning Stone Cold Steve Austin during a recent edition of Grilling JR, legendary professional wrestling commentator Jim ‘JR’ Ross discussed Austin’s infamous 2001 heel turn during the WCW invasion storyline. Credit to 411Mania for the below transcription. John Cena recently leaked this major Steve Austin offer

“He still wanted to be a heel. I’ve said this many times in the meetings I had with the three of us and then private meetings with Vince. ‘We owe him that, JR. We owe him the opportunity.’ And he said his instincts have been pretty good as Stone Cold, so maybe he’s onto something.

“Maybe it’ll be right place, right time, and it clicks. I just thought it was poor casting. I expressed myself to both guys that I didn’t think it was gonna work. It’s hard in the pro wrestling business to build a viable, money-drawing babyface. When you find that person and have that execution, you don’t want to screw with it.

“You want to make that stronger, and you do that by building stronger villains and putting the babyface in jeopardy……it didn’t make sense to me. It was just stubbornness I think if you want to cut the bullshit.
“Sometimes you can’t make things work if the audience doesn’t want it to work. They did not want it to work as it relates to Steve being this hated villain where I want to pay my money to see the shit get kicked out of him. That never crossed the fans’ mind, in my estimation.”