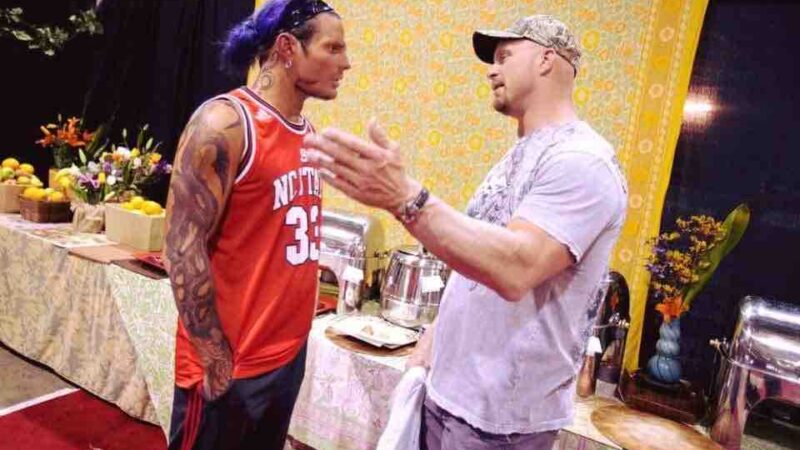 He is also part of The Hardy Boyz alongside his brother Matt Hardy. The two used to be in different pro wrestling companies but that eventually changed as well as they are now working in AEW together Jeff Hardy won the WWE Championship after defeating Triple H and Edge in a triple threat match at Armageddon 2008.

While speaking to “Drinks With Johnny” Matt Hardy revealed how he and Jeff had their first beer after they signed with WWE. It was with Steve Austin.

“The first 12-13 years that I had with WWE, my back was so beat up,” he said. “They just said, ‘Oh, we can’t give you any time off, we really trust you, your really dependable and what you do, just go to the doctors and see what he can do to help you,’ and all he can really do is just prescribe you pills.”

Matt admitted that it was “such a bad culture back in the day,” as the wrestlers were “working so hard” which led to them needing to “take stuff to get through it.” He confessed that they “got into that at the very end,” and that stigma is something that has stuck with Jeff throughout his career.