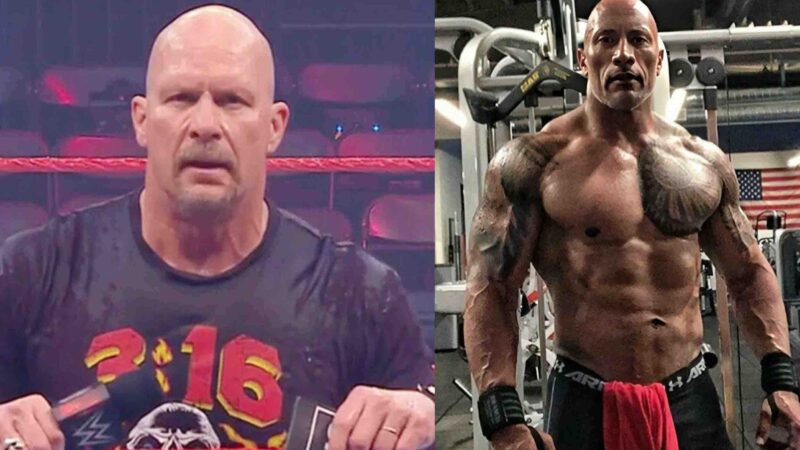 While speaking to Bill Apter, WWE Hall Of Famer ‘Stone Cold’ Steve Austin gave huge praise to The Rock for his hard work, and said Rock was destined to leave WWE for movies.

“Everybody is doing their thing, but yeah, I could definitely see back then that a guy like him would have the capability and the ability and the want to succeed like he has,” said Steve Austin. “He has done it through nothing but hard a** work. Props to him. I loved our matches together. I have always loved working with him, and I’m proud of him. I’m happy for all of his success because he is just killing it, and he is working his a** off.

This larger-than-life character that he was in that movie, and then he didn’t almost try to fit into Hollywood standards. No, no, no, just let me do this my way. So the thing I like about The Rock is, he goes, ‘Hey man, I’m not just going to just mold myself down. I’m just going to be me, and that’s what he has done. He has taken over Hollywood by himself.”