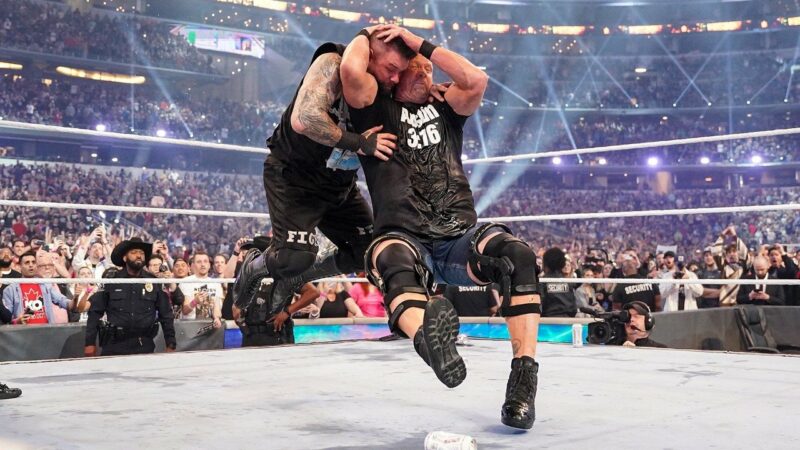 
Steve Austin vs Brock Lesnar was the pitched match for WrestleMania, and we have confirmed this.

We were also told that WWE tried to get Steve Austin to wrestle a match at SummerSlam last year, but he declined the offer. pic.twitter.com/YeJghflb6f

WWE has a lot of plans for WrestleMania, and we might see Steve Austin.

This wasn't his only chance to get in the ring since WrestleMania last year, because he also rejected another pitch for a big match last year.https://t.co/QX2c524Zgk

Brock Lesnar was spotted having dinner in Philadelphia before WWE Raw. Mick Foley declined to appear on tonight’s anniversary show.

Mick Foley wrote on Facebook, “…I was definitely asked by WWE, and politely declined due to the hectic nature of my schedule. If I had not taken the past couple days off – and instead traveled to Philadelphia for the show – I would be on the road for 32 consecutive days. I have been working on a new project – which has been great fun, but also requires a lot of travel – and I just really needed a couple days off to relax and see my wife and children.”

According to a report by PW Insider, WWE failed to deliver on the Philly Street Fight between Seth Rollins and Austin Theory, which the company had advertised in the past. After Brock Lesnar’s appearance, there was no use to get the crowd even more hyped up.

There was no post-taping dark segment. Austin Theory vs. Seth Rollins in a Street Fight had been advertised but that wasn’t going to happen after Brock Lesnar wrecked Bobby Lashley and Theory.