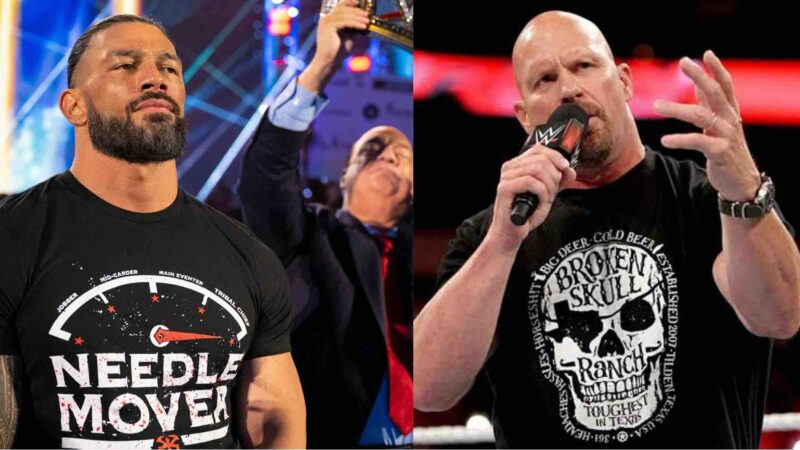 WWE have publicly stated that they have pitched a Stone Cold Steve Austin match for WrestleMania 39. It would seem that the ‘ol rattlesnake is not done just yet – or so Vinny Mac would like to presume.

According to Ringside News, WWE WrestleMania 39 is debuting, April 1st and 2nd, and you never know what the company located in the big white north will do to pull out all the stops – and attack AEW. Steve Austin returned to the ring to face Kevin Owens at WrestleMania 38, but this year his opponent could be bigger – if he agrees to this pitch.

The Rock will not be ready for a match against Roman Reigns at WrestleMania 39. That being said, Ringside News exclusively reported in December that WWE creative was pitching alternatives for Roman Reigns’ opponent.

Sean Sapp reported behind Fightful’s paywall that WWE offered a WrestleMania match to Steve Austin against Roman Reigns. This was also said to be for ridiculous money.

Fightful Select has learned that a pitch was made internally for a “huge opponent” for Stone Cold Steve Austin, which Fightful Select was told was Roman Reigns. We’re told at the very least, Austin’s camp was approached with the possibility of it happening, which was said to have been for “enormous” money. In the Summer of 2022, Fightful reported that Austin was approached with a deal that wasn’t as appealing from a financial standpoint. Those that we spoke to in WWE claimed they hadn’t heard back on whether the more recent offer was accepted or not, and another source indicated that another “big name” was offered to Austin in the months prior.