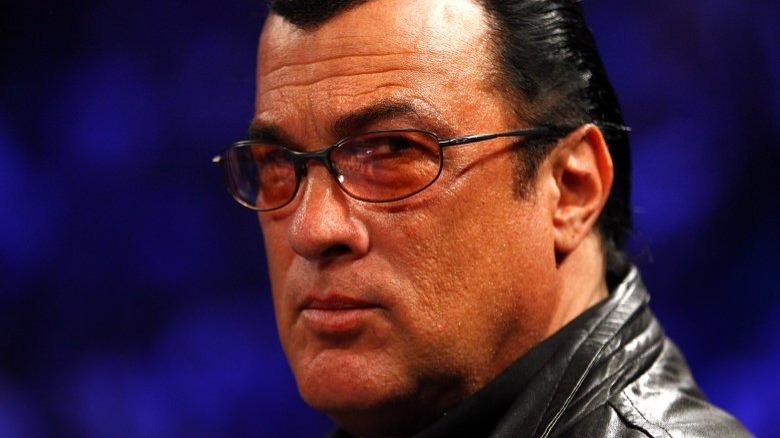 Hollywood actor Jean-Claude Van Damme recently visited war-struck Ukraine recently and was also seen wishing for the country’s victory. A video of the ‘Kickboxer’ actor was also shared on social media and has gone viral.

Shared by the Ukrainian Defense Ministry on its Twitter handle, the video shows Damme standing with a group of young boys and girls, seemingly Ukrainian soldiers, and further encouraging all to cheer in favor of the country’s victory. Speaking in the local language, Damme shouted “Slava Ukraini!” twice, which means “Glory to Ukraine.”

Here is what Andrew Tate wrote:

“I was having a cigar with Steven Seagal last week and he told me Van Damme was a sell-out cuck bitch who sucked off half of Hollywood. ALWAYS listen to Seagal.”

I was having a cigar with Steven Seagal last week and he told me Van Damme was a sell-out cuck bitch who sucked off half of Hollywood.

Besides the video, another picture of the actor also went viral where he posed with a Ukrainian doctor whom he visited following his arrival in the country. The photo suggests that Damme was on a medical visit to the country. His visit comes at a time when the actor has been making pro-Putin statements in the past and also made multiple visits to Crimea following its annexation.