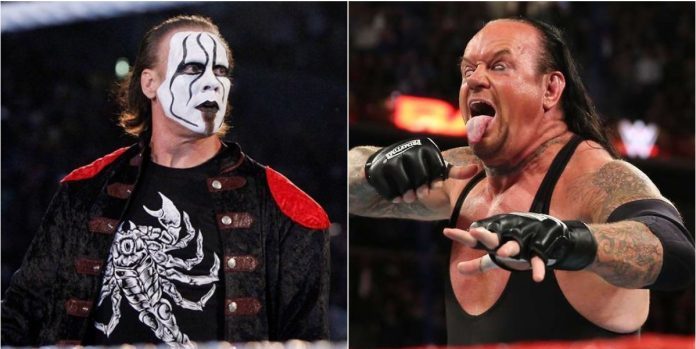 When Sting made his debut in WWE, several fans were excited as they thought he would finally face off against The Undertaker, which was a dream match for many. However, that did not end up happening.  It seems he had an interesting pitch for a match but Vince McMahon promptly rejected it.

As reported by The Wrestling Observer Newsletter, Sting wanted to square off against The Undertaker in a cinematic match, but McMahon did not see the appeal in it.

Still it is known Sting wanted to do a Cinematic match with Undertaker, and for whatever reason, while fans have clamored for Undertaker vs. Sting for years, it has never been a match that appealed to McMahon.

It is unlikely fans will ever get to see the two compete as The Undertaker retired and Sting is now working in AEW.

We will have to see if Sting will compete in a match during his time with the company.