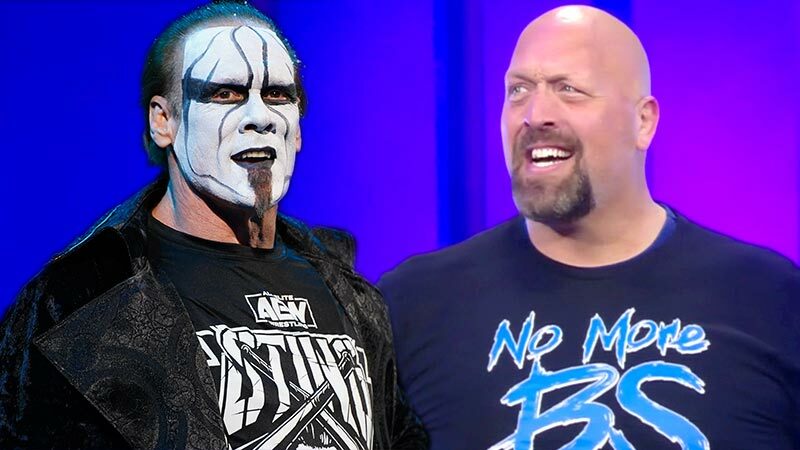 It’s Wednesday night, and you know what that means …


All Elite Wrestling returns with the latest installment of their weekly AEW on TNT television program.

Emanating from the Petersen Events Center in Pittsburgh, Pennsylvania this evening, AEW Dynamite features a jam-packed lineup from top-to-bottom. Sting will team with Darby Allin against 2.0, formerly Everise in WWE NXT, next week on AEW Dynamite. Big Show teased a match with QT Marshall during a segment.

On tap for tonight’s return event in Pittsburgh is Chris Jericho vs. Wardlow in Chapter 4 of The 5 Labours of Jericho where “Le Champion” must deal with MJF at ringside, as well as Kenny Omega & The Young Bucks vs. Dante Martin & The Sydal Brothers in an AEW Trios contest, The Good Brothers vs. Evil Uno & Stu Grayson of The Dark Order with the IMPACT Tag-Team Championships on-the-line, Darby Allin vs. Daniel Garcia, Nyla Rose vs. Kris Statlander and more.

Featured below are complete AEW Dynamite results from Pittsburgh, PA.

This week’s show kicks off with an “In Memory Of” graphic in honor of the late “Beautiful” Bobby Eaton and then we shoot to the traditional signature weekly video intro for AEW Dynamite.

From there, we are live inside the Petersen Events Center in Pittsburgh, PA. where Jim Ross does his weekly catchphrase to welcome us to the show before introducing his broadcast partners Tony Schiavone and Excalibur.

MJF With A Message For Chris Jericho, Tells Wardlow To Get Job Done

J.R. then sends us to a video promo segment featuring MJF and Wardlow. The Pinnacle leader boasts of beating Chris Jericho twice already. He goes on to talk about all that he has made Jericho endure. He then talks about how Wardlow is going to stop him just before he makes it to Chapter 5 and gets a rematch against him.

As he continues chomping on an apple while he talks, he says if Jericho somehow does beat Wardlow and gets a rematch with MJF, all that he went through will be only to discover that MJF is better than him, and he knows it.

Wardlow makes a comment and MJF taunts him by saying like he beat Cody in the cage. He demands Wardlow get the job done tonight. He slaps the apple he was chomping on into the hands of Wardlow and walks off. Wardlow looks in his direction and squashes the apple.

Now we hear the familiar sounds of the theme of The Elite and out come The Young Bucks, Kenny Omega and their cronies. As they head to the ring, Excalibur announces via Tony Khan that on Sunday, Sept. 5 at ALL OUT it will be Kenny Omega defending against Christian Cage.

Don Callis joins the trio at the commentary position to call this match and then The Elite theme dies down as the group settles into the ring. From there, the theme of Dante Martin hits and out he comes by himself. He awaits the entrance of his partners and out comes Matt and Mike Sydal.

That trio settles into the squared circle and now the bell sounds to get our opening AEW Trios match off-and-running. As Callis banters with the regular commentary trio, we see the early action get underway in the ring. Ultimately, the babyface trio establish the early lead, culminating with a big rocket launcher of Martin by The Sydal Brothers to The Elite members on the floor at ringside.

Once the action resumes in the ring, however, we see The Elite trio begin to take over as Kenny Omega begins a beat down of Sydal. Jackson tags in and picks up where Omega left off as the Pittsburgh fans boo and Callis begins taunting the commentators some more. The fans try and rally the babyfaces back into competitive form, but it’s not happening yet as Omega tags back in and continues to work over Sydal.

We see a bunch of double and triple-team spots from The Elite on Mike Sydal, who continues to be stuck in the ring on the wrong end of a one-sided beatdown for several minutes. Finally he leaps to make the tag and the trio of Martin and the Sydal Bros start to fire up and fight back into competitive form as the fans begin to come alive inside the Petersen Events Center.

Matt Sydal goes on a bit of a hot run of offensive but is eventually guzzled up by some numbers game advantage scenarios created by the heel Elite trio. Finally, Dante Martin tags in and goes nuts, flying all over the place and taking out each member of the opposition in the process. He gets a nearfall after a big moonsault in the ring on Jackson that the crowd bought hook, line and sinker — and went completely bonkers for.

The match continues as fans chant “This is awesome!” and we see high spot after high spot with each team gaining, losing and regaining the offensive lead one move after the other. Omega ends up tagging in and hitting a big V-Trigger that nearly knocks Martin senseless. He hoists him up for the One-Winged Angel but Martin counters it with a Pele’ kick that staggers Omega. Omega recovers and hits another V-Trigger. He goes for the Tiger Driver ’98 but Dante reverses into a roll-up.

Omega escapes and hits yet another V-Trigger and this time he does manage to hit the One-Winged Angel as The Young Bucks hit stereo super kicks on the Sydals. Omega and The Young Bucks then hit the BTE V-Trigger triple-team move on Martin and Omega scores the pin to give The Elite trio the victory in this AEW Trios opening contest.