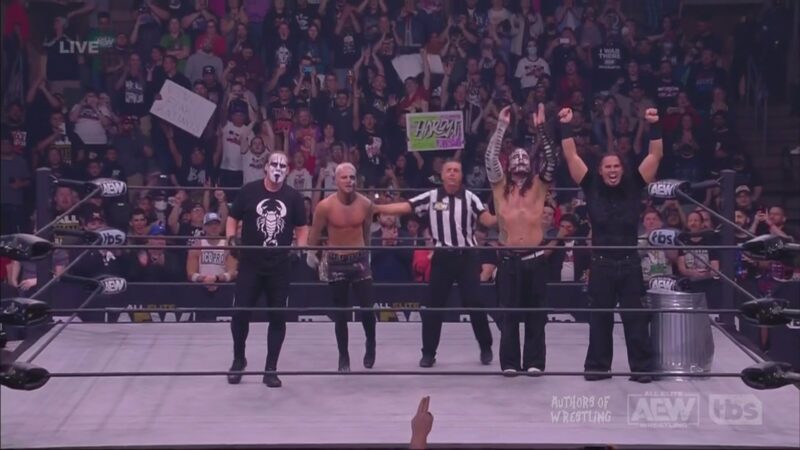 Sting botched a Scorpion Death Drop reverse on Private Party on AEW Dynamite in an eight man tornado tag, as he teamed with Darby Allin, Jeff Hardy, and Matt Hardy. He later got his opponent up, and hit the drop side by side with Matt Hardy for the victory.


And @Sting, @DarbyAllin and #TheHardys get the victory after this insane battle! Watch #AEWDynamite LIVE on TBS right now! pic.twitter.com/nd6wgjGZDc

That will be changing somewhat, as ‘Stone Cold’ Steve Austin is set to appear at WrestleMania 38, where he will be part of Kevin Owens’ the Kevin Owens show. It will be a segment and it is also likely that the segment will end in a huge brawl, as the Texas Rattlesnake has been working hard at the gym.

It was also rumored that the ‘Stone Cold’ Steve Austin and Kevin Owens segment at WrestleMania 38 will be the main event for Night 1 of the Show of Shows. WWE Hall Of Famer Bully Ray recently spoke on the Busted Open podcast, where he criticized WWE for having Steve Austin headline WrestleMania 38.