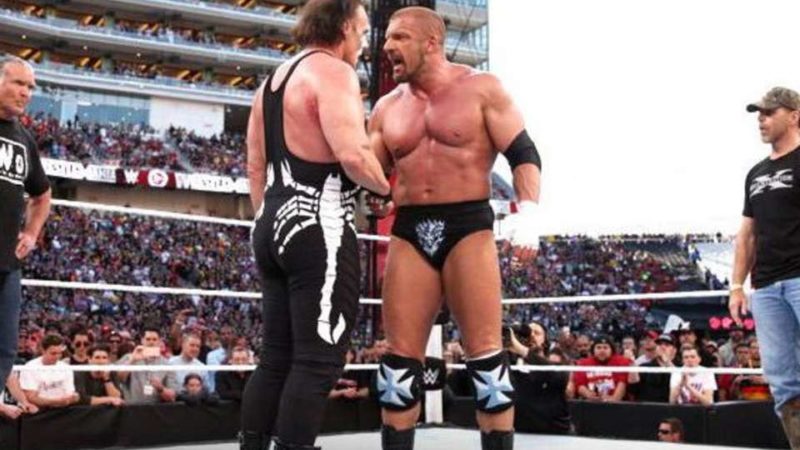 Pro wrestling legend Sting shocked the entire pro wrestling world after he made his debut in AEW last year during AEW Dynamite Winter Is Coming. Since then Sting has been regularly featured every week on AEW Dynamite. Spoilers for Sting at AEW Double Or Nothing leaked recently as well.

When Sting made his debut in WWE, several fans were excited as they thought he would finally face off against The Undertaker, which was a dream match for many. However, that did not end up happening.  It seems he had an interesting pitch for a WrestleMania match but WWE promptly rejected it.

Sting would face off against Triple H at WrestleMania 31 back in 2015, which saw the return of the nWo and D-Generation X during the match as well. In the end, Sting would lose to Triple H despite his best efforts. This decision was not met well with fans at all. He talked about the match in a recent interview with Sports Illustrated.

“WrestleMania is a great memory, too,” said Sting. “I know so many fans have said to me, ‘You should have won that match.’ But when you think about that WrestleMania, what do you remember about it? Hulk, Hall, Nash, and DX, that was surreal. I hope that’s what people remember.”