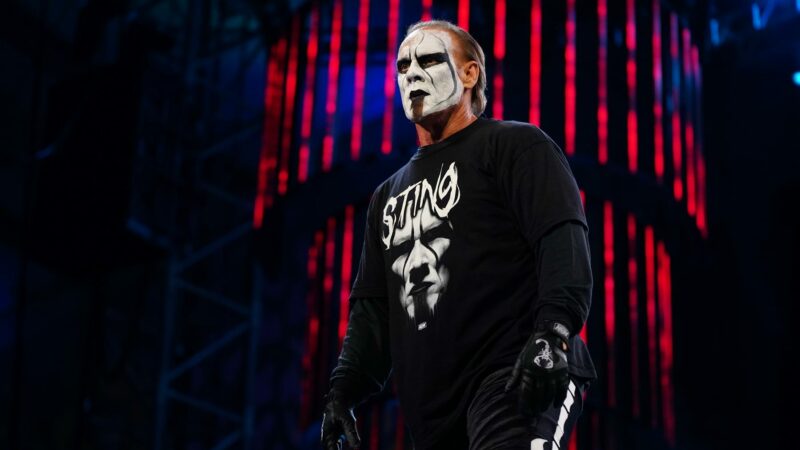 Now well into his sixties, it would appear that the Stinger’s contract with AEW is about to expire. Will he, won’t he? That’s the big question. Perhaps an even greater question looming would be, will Sting sign with WWE? Let’s find out more…

As per Ringside News, Sting shocked the pro wrestling world when he showed up in AEW in his sixties – and wrestled again, despite having had neck surgery years ago. He had a nice run alongside Darby Allin, the modern day Sting, as the Icon impressed a lot of people with his skills at such a veteran age. Now, it appears that his time in AEW could be running up.

The Stinger was recently profiled by DMagazine where they did a nice little write-up about the WWE Hall of Famer. In the article, it is noted that Sting’s AEW contract is up in 2023, but an exact date is not provided.

“His deal with AEW expires sometime this year; he won’t say exactly when. When it ends, so will his time behind the face paint.”

Sting is now 63-years-old, and he was seemingly enjoying his retirement – before signing with AEW and becoming ELITE. Now that his deal is running out of time we must wonder whether he will ink a new three-year deal with the master of pro wrestling, Mr. Tony Khan.