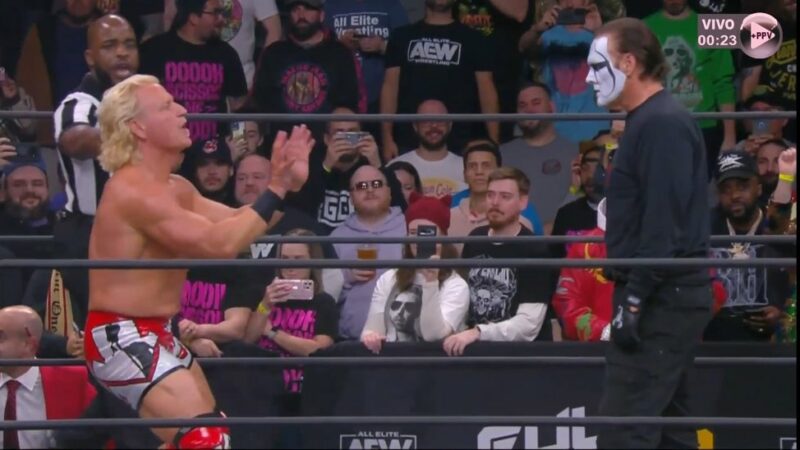 Sting botched a Scorpion Death Drop on Jay Lethal during his tag match with Darby Allin against Lethal and Jeff Jarrett at AEW Full Gear. The Death Drop didn’t land right, so Darby Allin hit a coffin drop for the victory. Fans chanted for TNA when Jarrett and Sting went face to face during the match, as the two had one of TNA’s greatest rivalries in 2006.

Sasha Banks posted about AEW Full Gear, but did not appear at the show. Sasha Banks defended her Smackdown Women’s Championship against Bianca Belair on Night One of WrestleMania 37, in its main event. It was a historic match as the two competitors gave it their all including the kitchen sink to win the match. Ultimately, it was Bianca Belair who emerged victorious in the title match and became the new Smackdown Women’s Champion in the process. The two also had a genuine moment where they shed tears in the ring. Sasha Banks also leaked a photo after cancelling a match.

Sasha Banks and Naomi re-appeared during the WWE intro before Crown Jewel tonight. The former WWE Women’s Tag Team Champions got their place back in WWE’s “Then, Now, Forever, Together” intro and that didn’t go unnoticed. She  is still the champion even now.