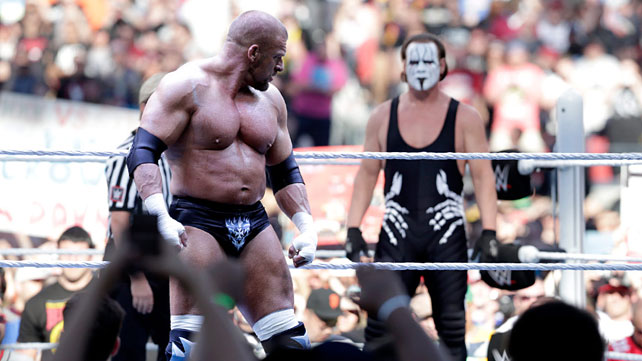 Sting recently spoke with SI.com about various topics. Here are the highlights.

On losing to Triple H at WrestleMania 31:

“People took the loss personally, but in this business, you have to learn real quick not to take anything that personally,” said Sting. “For me, it was a memory just being in Levi Stadium in California, my home state, with that crowd there.”

On what’s next for him:

“I’m going to kick back,” said Sting. “I’ll pick and choose some events, but I won’t be traveling as much. These grassroots shows remind me of my humble beginnings–even the smell of the building reminds me when I started. It’s an honor to still be in front of the fans.”

“It’s been an incredible ride with those who supported me,” said Sting. “I said it at the Hall of Fame, and I’ll say it again–thank you. My hat is off to you. I wouldn’t be here unless for the fans, and that’s not a cliche, it’s true.”