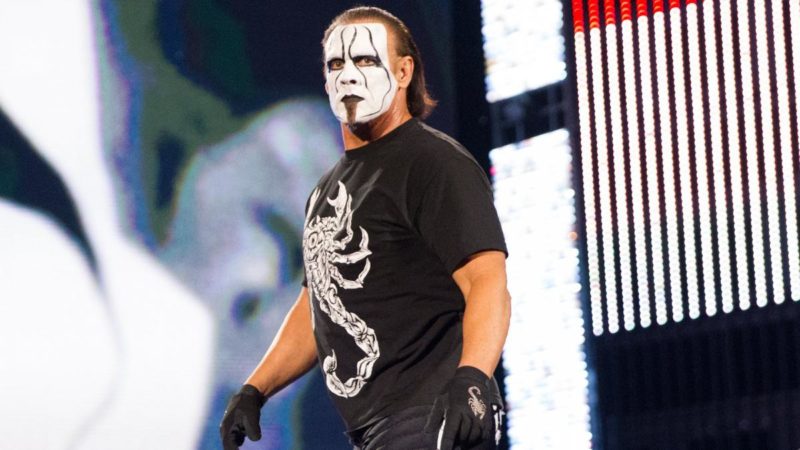 Sting is one of professional wrestling’s living legends, although he hasn’t set foot in a WWE ring in several years now. However, it should be noted that the current AEW star, along with fellow wrestling icon and AEW personality, Jake ‘The Snake’ Roberts did officially just have some involvement with WWE recently as the two were featured in the latest WWE Biography special on A&E about ‘Macho Man’ Randy Savage. Did this top AEW name ‘turn down’ Sting backstage?

In other news regarding Sting, WWE Hall of Famer Kurt Angle discussed a potential dream match against ‘The Stinger’ in All Elite Wrestling on a recent edition of ‘The Kurt Angle Show’. Angle told Conrad Thompson the following remarks. Credit to Wrestling Inc for the below transcription.

“Well considering I’m 52 and Sting’s a lot older than I am, I’d say the chances are no, slim to none,” Angle said. “For many reasons, we’re too old. We’re not too old to wrestle younger guys, you wrestle a younger guy who can spice up the match and make it a little more interesting, you can have some great matches still. When you start losing a step and you’re both older and both lost a step, it’s really hard to make that up.”

It was recently revealed that Sting ‘buried’ this top Smackdown name backstage. Angle continued: “Undertaker vs. Goldberg, they were both up in age but if you put Goldberg with Brock Lesnar or Undertaker with AJ Styles, or switch them around, you’re going to get a great match. The younger guy keeps the match flowing, keeps the match moving. To have two older guys who should most likely be retired but they can still go, it’s going to be a lot more difficult to have a successful match.”