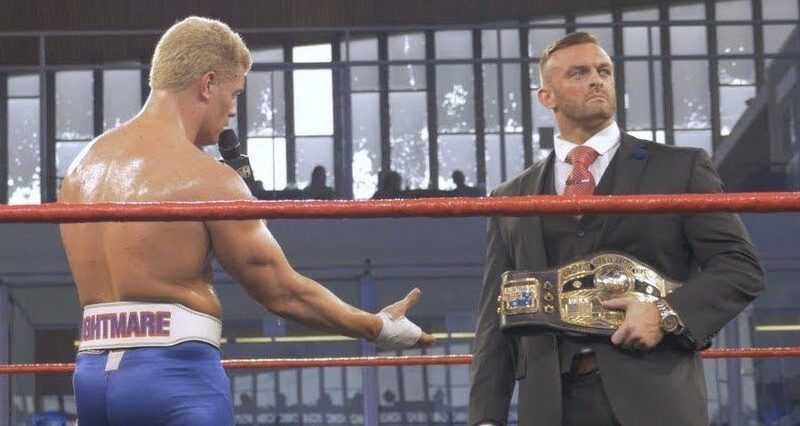 Cody Rhodes made history during the All In event when he defeated Nick Aldis in a singles match and won the NWA World Championship for the first time in his career.

Not too long after this, it was announced that Aldis will get his rematch for the coveted title at the upcoming NWA 70th anniversary show, and now a stipulation has been added to their bout.

During yesterday’s Death Before Dishonor PPV of ROH, Nick Aldis joined the commentary for the Bullet Club vs. CHAOS 10-man tag match.

And during the bout, the former World Champion said that their upcoming match will be a 2-out-of-3 falls match. Rhodes jumped on commentary after they won the match to say he accepts:

As just announced at @ringofhonor #ROHDBD @RealNickAldis vs @CodyRhodes for @NWA Worlds Championship at #NWA70 will now be 2 out of 3 falls.

The NWA 70th Anniversary Show will take place on October 21, 2018 at the Tennessee State Fairgrounds Arena in Nashville, Tennessee