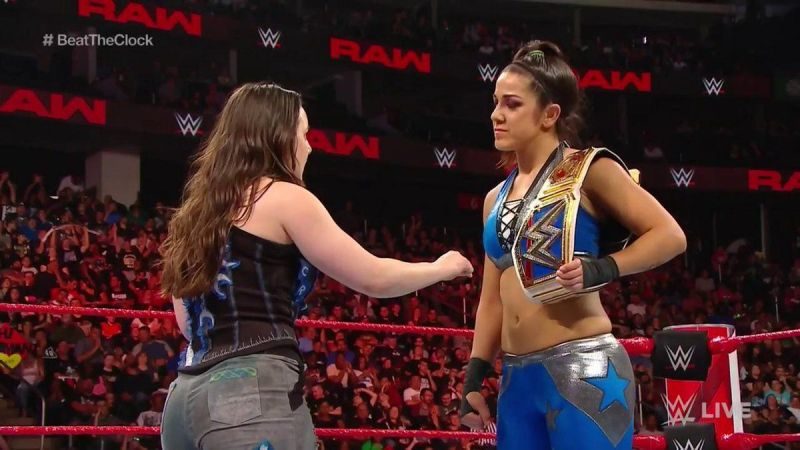 Bayley was scheduled to face Alexa Bliss at Extreme Rules with the SmackDown Women’s title on the line. However, the events which occurred on the latest edition of Monday Night RAW has brought in a new stipulation into the mix.

After overcoming Bayley in a Beat The Clock challenge, Nikki Cross opted for a 2-on-1 handicap match for Extreme Rules. Bayley had initially defeated Sarah Logan, but Nikki managed to beat that time with a quick victory over Dana Brooke.

The Extreme Rules pay-per-view will take place at the Wells Fargo Center in Philadelphia on July 14.