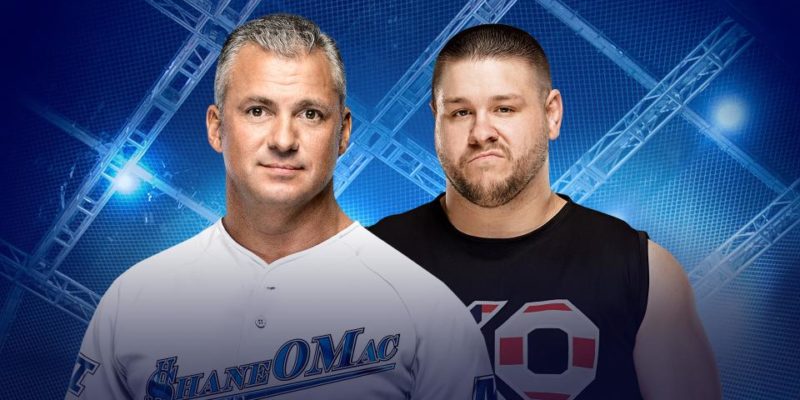 Owens emerged from the concourse area and appeared in the crowd. Shane dared him to come down to the ring but Owens retreated. Shane then chased after Owens, but Owens was hiding and then attacked Shane from behind. Owens Powerbombed Shane through a table and returned to the ring.

Owens stated that he was glad that Shane added the Falls Count Anywhere stipulation and said that he planned on throwing Shane off of the cell on Sunday. Shane then made his way though the crowd and back towards the ring. Owens beat him down once again and connected with a headbutt. Owens then hit the Pop-Up Powerbomb on Shane in the ring.

Updated Hell in a Cell card for this Sunday:

Breezango returns with a new episode of The Fashion Files