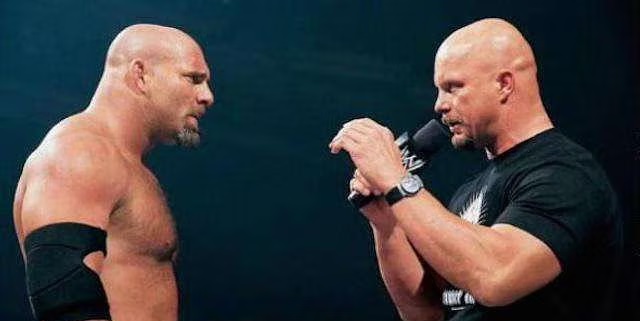 Stone Cold Steve Austin and Goldberg were two of the most famous stars of the Attitude Era and the two stars had a lot of similarities in their looks.

The Texas Rattlesnake recently had an interview with Bailey and Southside to promote the new season of Straight Up Steve Austin where he talked about things like walking out of WWE in 2002.

During the interview, Stone Cold also talked about Goldberg and explained how the two stars started getting hot in their respective companies around the same time:

“Well, when I was coming up and really starting to get hot in WWF back in the day, and Bill down in WCW, he started getting hot almost at the same time — boy, ‘Goldberg!’ chants. Bill is one of my best friends that I’ll call all the time,”

Continuing on the topic, Stone Cold Steve Austin discussed how the two shared a lot of similarities and how he used to get mistaken for Goldberg by fans:

“I’d be going through airports, and people would yell, ‘Goldberg!’ He would be going through an airport. ‘Stone Cold!’ People got us confused all the time. If you puts us side by side, Bill is a bigger guy than I am, but if you just see a bald-headed dude with a goatee and some sunglasses on, it’s pretty easy to get fooled by who it is.”