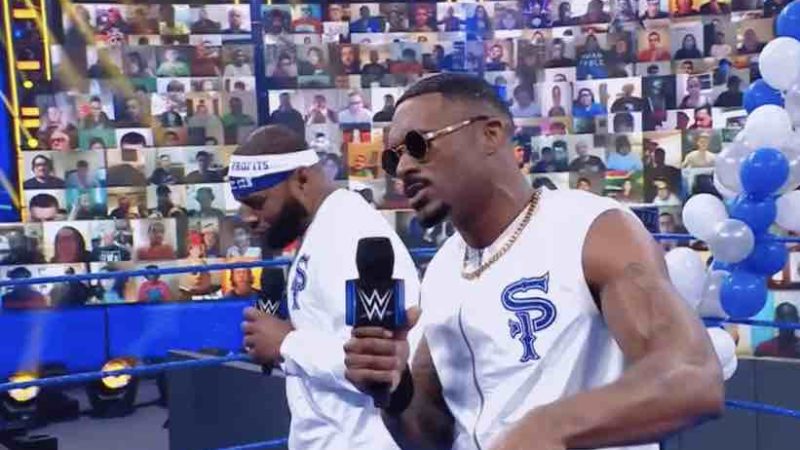 Fans were offended by the line on Twitter. Mikey Hutch tweeted, “Oof I dunno about that spring cleaning line…….#Smackdown.”

WWE Hall Of Famer Goldberg made his return to WWE in 2016 after a hiatus of more than a decade from the company. He would go on to defeat Brock Lesnar in a squash match at Survivor 2016 and then win the Universal Championship against Kevin Owens in 2017. He defended his title against Brock Lesnar at WrestleMania 33 in one of the main events of the show. Goldberg also disrespected fellow Hall Of Famer Edge backstage at WrestleMania 37.

Yesterday, WWE released several Superstars from their contracts and that included the likes of Samoa Joe, Peyton Royce, Billie Kay, Mojo Rawley and others. It seems WWE had some big plans for Mojo Rawley.

Dave Meltzer recently spoke on the Wrestling Observer Newsletter, where he revealed that Mojo Rawley was earmarked to be a major superstar when WWE signed him in 2012. It was further reported that the company planned on giving him a push that would make him the best Goldberg, but that ultimately did not happen.

“He was highly touted as a future superstar when signed in 2012. The first idea I heard for him was to make him into a Bill Goldberg powerhouse. But then that idea changed, and it was constant changes and all downhill.”