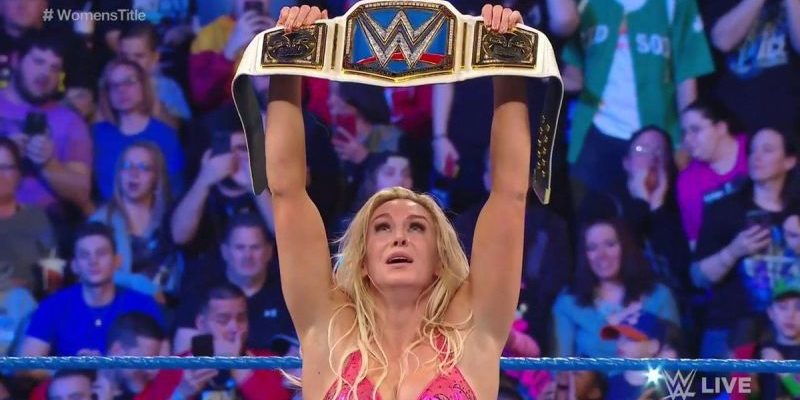 Charlotte Flair captured the SmackDown Women’s title this past week on SmackDown after she successfully defeated Asuka in an impromptu title match.

This didn’t sit well with the majority of fans and it seems like a few active performers aren’t too pleased with this either. Becky Lynch, Flair’s former best friend, and current arch-nemesis decided to comment on this situation through Twitter.

For those who’ve forgotten, Asuka defeated Becky Lynch and Charlotte Flair last year at TLC to become the NEW SmackDown Women’s Champion. She again defeated Lynch at the Royal Rumble event in a singles match for the title.

Lynch said that Flair did less to earn this title shot than the one she’s getting at WrestleMania for the RAW Women’s Championship and that the Empress of Tomorrow deserves a lot better.

She did less to earn that title shot than the Wrestlemania one. Asuka deserves so much better.

There goes Charlotte with her empty, corporate ‘empowerment’ speak again. As long as you're the only one who's empowered though, eh Char? https://t.co/d78BkwknBx

Furthermore, a Fatal 4-Way match between Naomi, Sonya Deville, Carmella and Mandy Rose was scheduled to take place on the show to determine Asuka’s opponent for WrestleMania. However, that match was cancelled and replaced by this match.

The competitors involved in the nixed match-up expressed their displeasure through Twitter:

I’m a very very patient person with a long fuse, but let me tell you when it blows, you won’t want to be the one in my way. #HairUpSquareUp

Putting all the equity in the wrong blonde… 🙄 #smh #GodsGreatestCreation #Sdlive