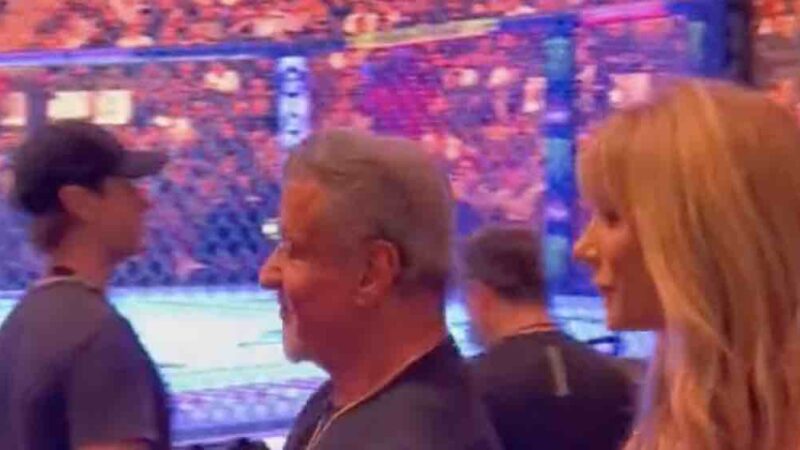 The star couple, Sylvester Stallone and Jennifer Flavin are back together despite filing for divorce. It has now come to light that there’s still work to be done in their relationship as per a source in the new issue of PEOPLE. The married couple of 25 years were spotted Thursday in deep convo outside a grocery store in Calabasas. Fans can notice how Sylvester’s hand was on Jennifer’s leg as they chatted and it is certainly not a gesture that would be made if the two were still angry at each other.

Sylvester Stallone and his wife Jennifer Flavin are being accused of faking a divorce battle to boost interest in the family’s upcoming reality show, RadarOnline.com has learned.

“Everyone is super suspicious,” spilled a source about the rocky time the Rambo star, 76, recently had with 54-year-old Flavin, which allegedly had them both hurtling towards divorce until their children glued the marriage back together.

“Those two have been happily married for decades and then they film a reality show and snap — they’re getting divorced. Something is off there! We all thing it was a PR stunt,” the source added.

“What people don’t know about Sly is how media savvy he is. He knows all the tricks in the business. He even invented a few of them,” spilled the insider.

The family’s Paramount+ show — from the producers of Keeping Up with the Kardashians — will train the cameras on Sly and Jennifer and daughters Sophia, 26, Sistine, 24, and Scarlet, 20.

“Basically, he’s doing this for his kids,” said an insider. “Sly doesn’t need to be any more famous or make any more money, but he would love for his daughters’ dreams to come true — even if that might involve a PR stunt or two.”