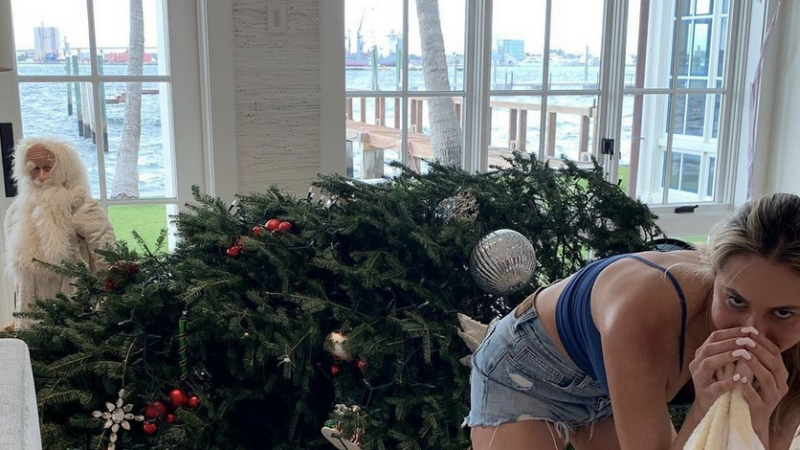 Christmas is right around the corner but Stallone family has seemingly witnessed a wreckage. The legendary actor Sylvester Stallone’s daughter Sophia Stallone took to her Instagram account and posted a picture where a Christmas tree is seen destroyed. The caption read:

“the nightmare before christmas”

Meanwhile, the legendary action star Sylvester Stallone recently took to his Instagram account and posted a video clip where he talked about his father. He recalled the conversation he had with his father on his deathbed.

“I remember my father was on his deathbed and he was a tought guy, tough guy, very combative. Then he said, ‘you know Sly, should learn to forgive, you should know how to get along, you should learn how to navigate choppy words.'[Laughs] You’re telling me this, on the way out, this whole philosophy when you lived the opposite way?”

The star couple, Sylvester Stallone and Jennifer Flavin are back together despite filing for divorce. It has now come to light that there’s still work to be done in their relationship as per a source in the new issue of PEOPLE. Sylvester Stallone and his wife Jennifer Flavin are being accused of faking a divorce battle to boost interest in the family’s upcoming reality show, as per RadarOnline.com