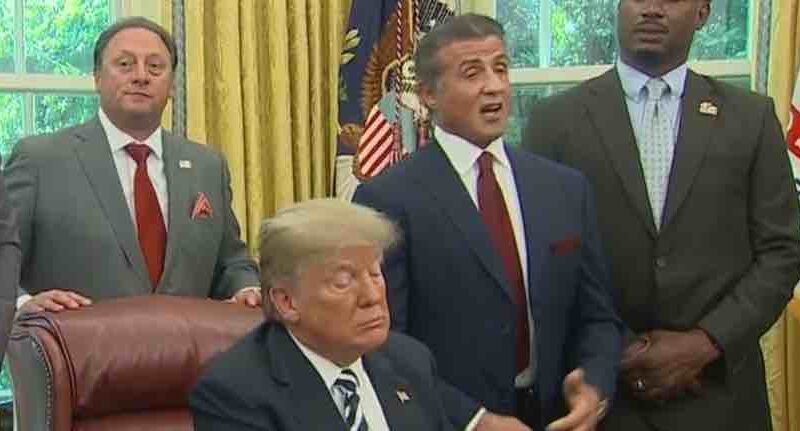 The legendary action actor Sylvester Stallone recently opened up on the former President of The United States, Donald Trump.

During a recent interview with The Hollywood Reporter, he was then asked about the admiring words he said about Trump before the 2016 election, but also said that he wasn’t sure if he would be good at running the country.

I just find him a very flamboyant character. It’s almost a movie. You go, “This can’t be real.” Yet it is real.

Last year, a representative for Sylvester Stallone denied claims that the actor is a member of Donald Trump’s private Florida club Mar-a-Lago.Reports in the US had suggested that the Rocky star had joined the exclusive Palm Beach member’s club, prompting a response from the actor.

Mar-a-Lago is well known to the public from Trump’s spell as US president. The twice-impeached politician had often hosted social gatherings at the club for friends and donors throughout his time in office. After moving to the Palm Beach area, Stallone was spotted at the venue, leading to reports that he had joined. However, in a statement provided to PA, Stallone’s representative confirmed that the actor is not a member, but had visited the premises as an “invited dinner guest”.