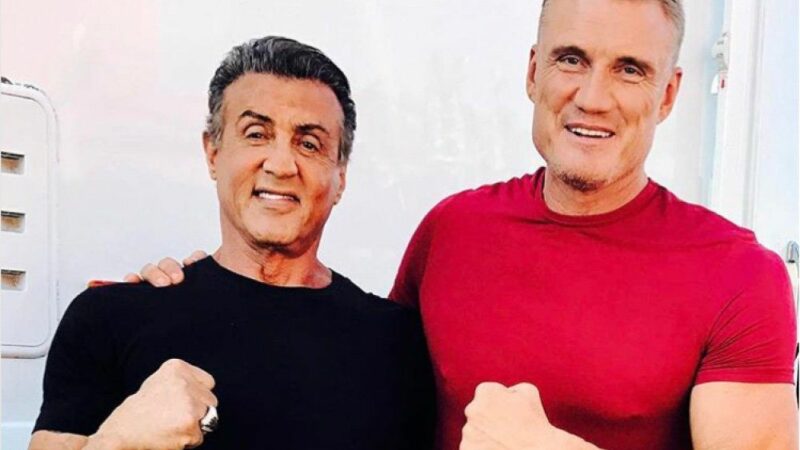 During a recent interview with The Hollywood Reporter, he was asked about beef with Lundgren for not telling him about ‘Rocky’ spinoff, ‘Drago.’ He was asked if they patched things up since then. Sylvester Stallone responded in a positive manner and talked about Lundgren having ankle issues.

“Yeah, we did. I’m actually calling him today because he underwent some ankle situation. The Dolph thing, again. This is a classic case of them going around and trying to continually cherry pick aspects of Rocky without even asking me if I want to join in. I’m not an executive producer on the Creed movies. [Director] Ryan Coogler is. [Star] Michael B. Jordan is. [Winkler and Chartoff’s] children are. Not mine. I’m the only one left out.”

The famed “Rocky” star and writer, who has been lashing out at the original film’s producers for months and has not given his blessing to “Drago,” a reported spinoff of the beloved boxing franchise.

This time, the project centers on Rocky rival Ivan Drago, the formidable Soviet-Russian fighter played by Swedish actor Dolph Lundgren, who took on the Italian Stallion in 1985’s “Rocky IV.”

The Wrap reported last week that screenwriter Robert Lawton is set to write “Drago” after MGM was impressed by his spec script for “Becoming Rocky,” which chronicles the making of 1976’s “Rocky,” and his take on Drago. Lundgren’s character made a comeback in 2018’s “Creed 2,” which positioned Ivan’s son, Viktor Drago (Florian Munteanu), as the film’s antagonist. MGM owns the rights to the “Rocky” franchise, but it’s unclear what involvement the Winklers have in the reported project.