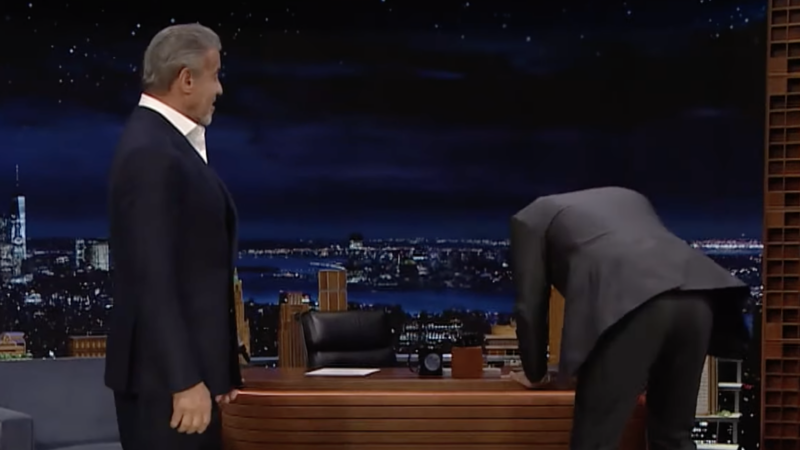 Punches can be devastating because they hold the power to break the jaw. The jaw of an individual is under serious threat if they face an experienced performer who either has done it on television or movies or in the ring.

Sylvester Stallone is a name known to many for his film ‘Rocky.’ The star recently appeared on the Jimmy Fallon show and warned the host of breaking his jaw if he didn’t understand and follow the instructions given to him.

Stallone has been an active performer who has played the role of Rocky in a movie of the same name. Referencing it to Jimmy Fallon and warning him of an attack, the ‘Tulsa King’ actor and action movie star threw a fake punch on the host. He said:

‘If you get close, I will break your jaw. I mean, I’m just telling you right now.’

It looks surreal to see Stallone still enjoying his role, and doing what he does best. He loves to entertain people and never shys away from putting on a performance. We would have to see how ‘Tulsa King’ fares in front of the fans.

Got something to say about the segment? Sound off in the comments.