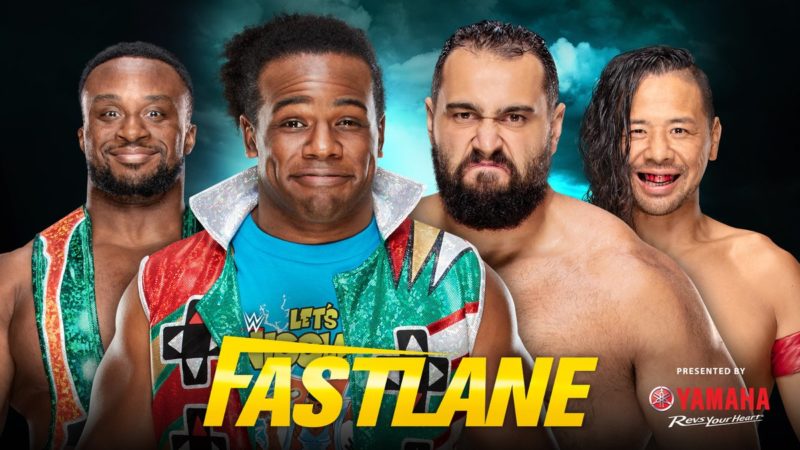 The final stop before WrestleMania, WWE Fastlane takes place this Sunday, March 10th. Prior to today, there were eight matches announced for the event, including a WWE Championship match between Kevin Owens and Daniel Bryan and the possible final match of The Shield. Now, another tag team bout has been added to the show.

The WWE revealed today that the New Day’s Big E and Xavier Woods will be facing off against Shinsuke Nakamura and Rusev. This apparently came as a bit of a shock to Woods.

Glad I opened twitter today or else I wouldn't have known that we have a match this Sunday https://t.co/VlqGQ8BxsI

Along with this match, Rey Mysterio vs Andrade is also scheduled for the Kickoff. Below is the current card for Fastlane: