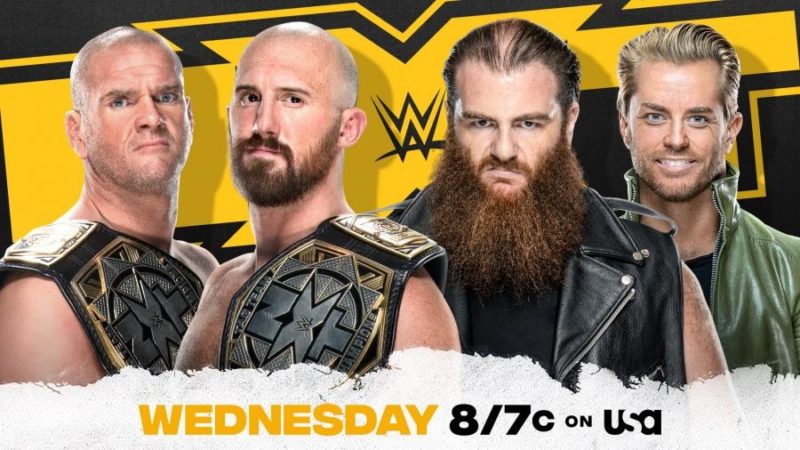 WWE issued the following announcement regarding Oney Lorcan and Danny Burch defending the NXT tag team titles against the duo of Killian Dain and Drake Maverick on Wednesday’s edition of NXT on USA.

The bout will be contested under Street Fight rules, which means weapons and interference will be allowed.

Check out the details below.

Drake Maverick has continued to pitch Killian Dain on what they could accomplish together as a tandem, and the odd couple will have a chance to prove it in a NXT Tag Team Championship Street Fight.

The titles will be on the line when Oney Lorcan & Danny Burch welcome the challenge from Dain & Maverick. The titleholders will be looking to bounce back after a brutal WarGames Match defeat to The Undisputed ERA. Dain & Maverick found instant success in a stunning victory over Bobby Fish & Roderick Strong in their debut and have engaged in back-and-forth battles with Ever-Rise.

Can Dain & Maverick shock the black-and-gold brand with a breakthrough title win? Or will the championship brawlers be right at home in a Street Fight?

Don’t miss the punishing Tag Team Title Match this Wednesday at 8/7 C on the USA Network.

Join us here at Wrestling-Edge.com on 12/23 for live WWE NXT results coverage!