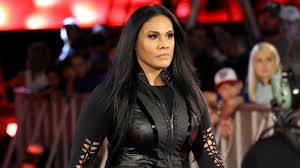 Professional wrestling is very risky as anyone can get involved in an unfortunate accident at any time. This is what happened to Tamina Snuka during a live event this week.

As reported earlier, Tamina was knocked out cold from a kick to her head and as reported by PW Insider, it is feared that she may have suffered a concussion.

Tamina Snuka was hurt last night during a Raw event in Augusta, Maine and is believed to have suffered a concussion from an errant knee to the head.

We hope Tamina will be fine as this is an unfortunate time for someone to have a concussion. She has barely been used ever since Nia Jax was put on the shelf as she required double knee surgery. Perhaps with Paul Heyman being the Executive Director of RAW, things might be better for her.