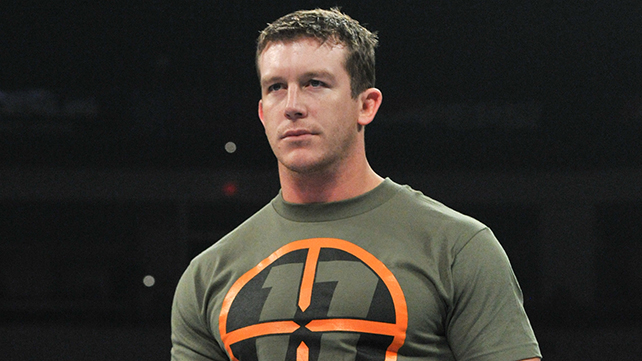 Former WWE Superstar Ted DiBiase Jr. was recently on the Pancakes and Powerslams Show, you can check out the highlights here:

On his Wrestlemania 26 match:

“My dream was to wrestle at WrestleMania, and WrestleMania 26 I walked out in front of 73-74 thousand people in Scottsdale, Arizona, and I don’t know how many million watching around the world. I was out there for about 10 minutes, our match lasted that long, because it got cut like three times. I remember getting back to the locker room, and I was like, ‘Wow. Is that it?’ It was like, what do I do now? What’s next? I just did it. I had focused and worked so long to get to this point, and really had not thought beyond that.”

On why the Legacy was cut from five to three people:

“I think once we started it, I came back from filming Marine 2, and I think that’s when they did away with Afa and [Sim] Snuka. I think they just saw the look that Randy and myself and Cody had together, and they wanted to go with that. That’s a Vince [McMahon] call. I don’t really know any other reason. We worked really well together, and I think because we all had a similar look. It was just a good look, and we had great chemistry together, and I guess maybe Randy [Orton] just wanted it that way.”

On why the Legacy broke apart:

“They wanted to make Randy a babyface. That is were things could have probably gone different for me, if they would have capitalized on the momentum I had. The crowd was kind of wanting me to turn face. Randy and I did a match where I let him just beat me up, and I shoved him back once, and it exploded. That was probably one of the coolest matches. I didn’t fight back at all. I shoved him as he walked around me and I let him do his creepy faces, and he RKO’d me. We were going to have a match at ‘Mania, and it was going to be a singles match. They were like, well that is not fair, and I think there were some politics there. It would have been weird to just have me and him have a match and not Cody. So, [they decided], we’ll make Randy face and break Legacy up. I don’t know who made that call. I didn’t really agree with it, and wished they would have kept it a little bit longer. Even just me and Cody tagging for a little bit longer, because then they had no idea of what to do with me. All of that build-up, and then the implosion. Me and Cody could have feuded. There could have be a lot better, but all they were worried about was Randy.”

“He has an incredible mind for the business. He loves it. He has more passion for this industry that anybody I know. He constantly, still to this day, watches old tapes. He wanted it so bad, and he would go above and beyond. He would pitch more ideas, and they would be homeruns. He would keep pitching, and [WWE] would turn them down. That’s what is so hard about this industry. Even if you go above and beyond, even if you are capable, it doesn’t matter. It’s not like a sales position, where you are working commission and the more you sell, the more money you make. In this industry, it’s not like that, because you can put in the most time, you can put in the most pitches, you can be the biggest guy, you can have the best mic skills. But if it doesn’t all add up on the right day at the right time, in front of the right person, it will not happen.”