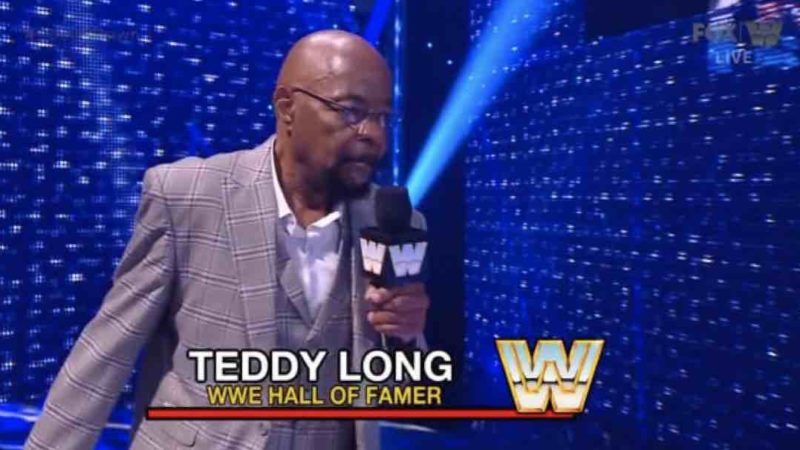 WWE Hall of Famer Teddy Long made a surprising appearance on this week’s Friday Night SmackDown: Throwback Edition. A WWE star was also attacked by Seth Rollins who were scheduled for a match.

Long came out prior to their match and made an interesting announcement. He said that he was given the authority for the night by WWE Official Adam Pearce. Brock Lesnar ‘Demand’ To Fired WWE Star

The former SmackDown General Manager then announced a stipulation for Cesaro and Seth Rollins’ match.

PWInsider recently reported that Long’s appearance was just a one-off for the special, but the roster as well as the fans loved his appearance. It’s bad news for fans who want him back for good.

As per the stipulation by Long, should The Swiss Cyborg beat Rollins, then he would get a shot at WWE Universal Championship that is currently held by Roman Reigns.

That is exactly what happened as Cesaro went on to win the match and is now set to face WWE Universal Champion Roman Reigns at WrestleMania Backlash on May 16.

Long had previously worked as referee, manager, and authority figure. He had worked as a manager since 2003 and later served as general manager of SmackDown for two tenures and has worked for a combined six years.