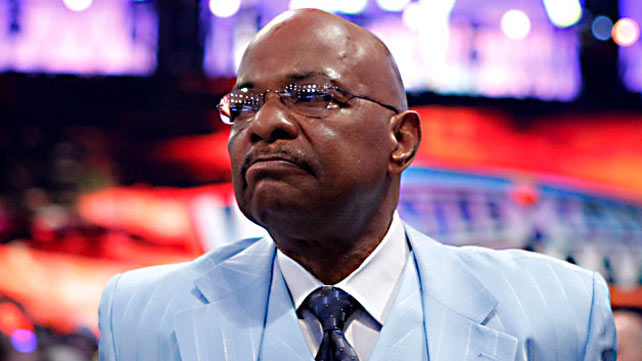 The Authority Figure storylines were very imposing in WWE for a while. The McMahon family did away with it when they ushered in the new era back in 2018. They said the fans are the authority figures now. It seems Teddy Long wants WWE to return to their previous idea.

Teddy spoke to Wrestling Inc, where he talked about WWE doing away with authority figures. He mentioned that WWE was grooming people like King Corbin and Kurt Angle for that role. He also feels they will be bringing back the figures someday.

“I think they should get away from it for a while and let it die down. Then bring it back because it’s what the people are wanting to see and what they’ve been waiting on,” said Long. “I think they should go back to that and there were some guys who they were trying to groom for that. Kurt Angle was one of them and [Baron] Corbin they were grooming him for it. So, I think it’s a good thing to bring them back.”

Kurt Angle worked as a babyface General Manager, who served as a balance for the heels. He retired in 2019 from in-ring competition and now works as a producer backstage.

King Corbin gets a lot of heat from fans and gets a good amount of time on the microphone. We wonder if WWE will make him an authority figure again.