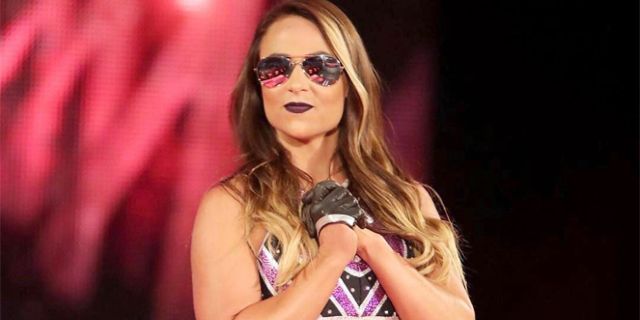 Tenille Dashwood, known in the WWE as Emma, has been working the independents since being released in 2017. In February, Dashwood signed with Ring of Honor, working in its Women of Honor division.

Dashwood participated in the 16-woman tournament to determine the first Women of Honor Champion, losing to the eventual champion Sumie Sakai. Since then, she’s been a consistent member of the roster.

Ring of Honor went back to the UK this week, but Dashwood wasn’t able to make the dates. She revealed on Twitter that the reason she had to stay away from the ring, for the time being, has to do with a medical condition she’s been dealing with since she was fourteen years old.

It’s not easy for me to share something so personal publicly. But, hopefully it’ll help someone else going through a hard time and if so then it’s worth it! pic.twitter.com/kCME0bT3gM

Dashwood revealed that she has been suffering from Psoriasis for the past fifteen years. Psoriasis is an autoimmune condition which causes a rapid buildup of skin cells. A recent illness triggered the condition, causing her entire body to be covered in red, scaly patches.

Dashwood stated that, though she’s attempted treatments using cream, medicine, and even chemotherapy medication, the remedies she feels help best are a great diet and a steady routine. She went on to say that she never thought she’d be able to live her dream as a professional wrestler or make it to the WWE, but she made it and continues to work as a wrestler today.

Dashwood wanted to share her story with the world to give courage to those who are dealing with similar conditions.