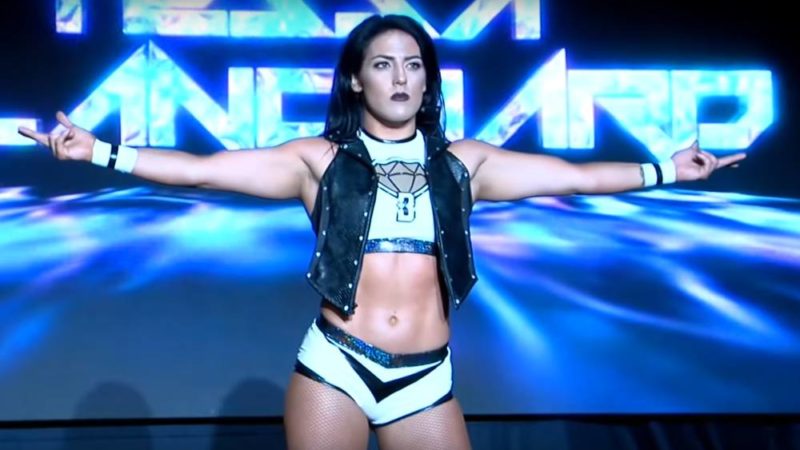 WWE Battlegrounds will be releasing on current generation consoles and PC on September 18th. It seems there is a small easter egg included in the Royal Rumble feature in the game as Tessa Blanchard seemingly appears in the game.

Tessa Blanchard was fired by Impact Wrestling earlier in the year despite being the Impact World Champion at the time. However, she refused to fly to the United States from Mexico, resulting in her getting fired. Since then she made her in-ring return at Warrior Wrestling. She dropped the promotions’ women’s title to Kylie Rae during the event.

Photographer Basil Mahmud, who took that photo of Tessa Blanchard in Impact Wrestling took to Twitter and called out the WWEGames Twitter page for blatantly using his picture without his consent.

Hey @WWEgames you wanna tell me why you took my photo without my permission to use it in your game?

Patent attorney Mike Dockins replied to Mahmud’s tweet, giving him some advice on what legal action he could take.