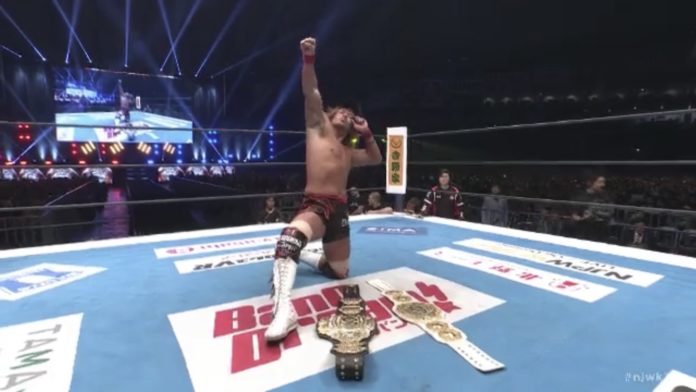 On the first day of Wrestle Kingdom 14, Tetsuya Naito won the IWGP Intercontinental Champion after defeating Jay White, in a thriller of a match. Kazuchika Okada retained his IWGP Heavyweight Championship against Kota Ibushi on the same night. The two clashed in NJPW’s Double Gold Dash the next day, with both titles on the line.

Naito and Okada squared off against each other in the main event of the second day. In what was an instant classic, both competitors pulled out all the stops in order to become the undisputed champion in NJPW. Both of them hit their finishers on each other and many heart-stopping pinfalls took place.

However, in the end, Tetsuya Naito came out on top after hitting one final Destino on Okada. In a storyline that was six years in the making, Naito finally overcame adversity and has etched his name in the record books. He is now the IWGP Heavyweight and Intercontinental Champion.