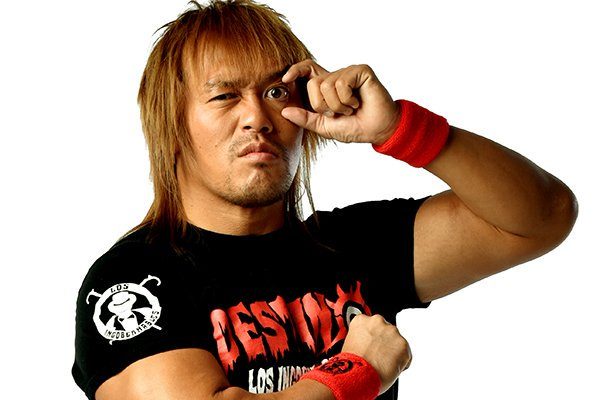 Chris Jericho returned to NJPW earlier this month assaulting Tetsuya Naito. Naito was a target of Y2J’s before leaving earlier in the year following Jericho’s loss against Kenny Omega.

From what we saw from the beatdown Naito received at Wrestling Dontaku, this will be a brutal feud. The IWGP Intercontinental Champion spoke with Sports Illustrated‘s Justin Barrasso about his current run with the championship, trying to win back the IWGP Heavyweight Championship, and his new rival Chris Jericho.

What does he want to do with the IWGP Intercontinental Championship?

You know, Minoru Suzuki likes to call himself the ‘King of Professional Wrestling,’ but there’s no star that shines brighter than Tetsuya Naito. The Intercontinental title isn’ on a king, it’s on the brightest star in the sky once more.

Working on winning back the IWGP Heavyweight Championship:

On Chris Jericho and what a win over him would mean:

As a wrestler, I’m superior to him in every single way. The only place he might have me beat is in name recognition. He’s a global superstar. So by beating Jericho, the name Tetsuya Naito, and Los Ingobernables de Japon, becomes even more of a worldwide household name.

And the business he pulled in Fukuoka? That was just plain rude. I need him to understand that you can’t do that and expect to get away unharmed.

If you’d like to check out the rest of the interview, you can click here. Naito also discussed the assault by Chris Jericho at Wrestling Dontaku and what the US fans can expect when they’re introduced to him.