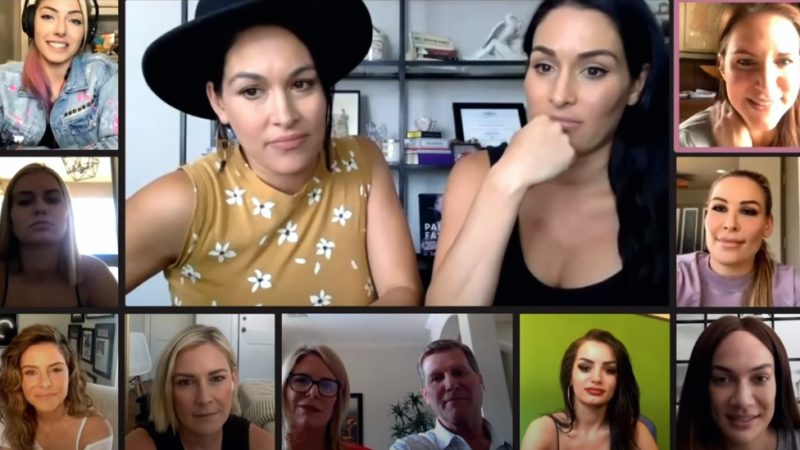 The Bella Twins reached a big social media milestone on Friday, and several familiar faces from the WWE Universe came together to congratulate the wrestling veterans in a special Zoom Party that streamed live on YouTube.

On Friday afternoon, Nikki and Brie Bella — who are nearing the end of their simultaneous pregnancies — announced that their official YouTube channel has reached the coveted three-million subscriber milestone.

To commemorate the occasion, The Bella Twins hosted a Zoom Party that they streamed live on the channel, with Stephanie McMahon, Alexa Bliss, Paige, Nia Jax, Natalya, Renee Young, Maria Menounos, and the entire Bella family coming together for a special congratulatory celebration.

The official description for The Bella Twins Zoom Party reads as follows:

Watch the complete near ten-minute archive of The Bella Twins Zoom Party via the video embedded below from their official YouTube channel.