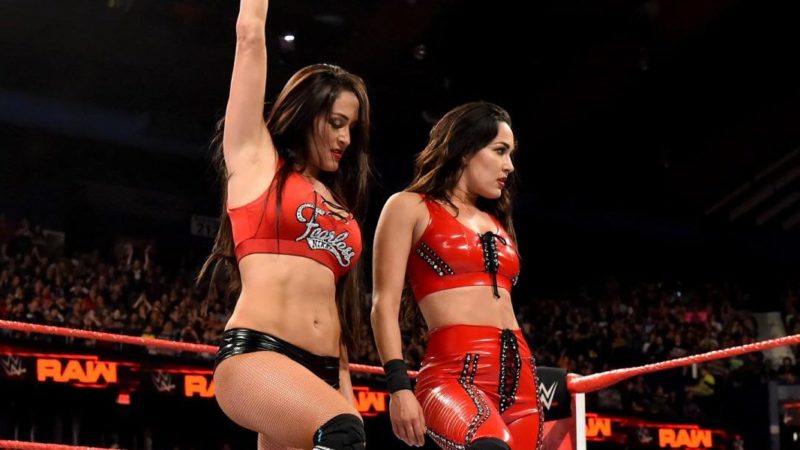 It hasn’t been long since Brie Bella and Nikki Bella announced their retirement from wrestling but the two are already talking about a possible comeback.

The Bella Twins recently started their own podcast and in the first episode of their podcast dubbed as the Bellas Podcast, they discussed a number of things.

When a fan asked them about the Women’s Tag Team Championships, both the stars talked about a possible return and Nikki then discussed possibly facing Sasha Banks and Bayley:

“with Sasha and Bayley, whoever wins at WrestleMania, I will take them on. I would love to take them on and try to get those tag team titles.”

Brie then expanded on these comments and while the sisters are not expected to come back anytime soon she told the fans to never say never.

As we noted before, Nikki is said to be open to a return if the timing is right and so it wouldn’t be a surprise if WWE brings them back as Bayley and Banks’ challenger somewhere down the line.